Several active ingredients in popular sunscreens are absorbed into the body rather than just sitting on the skin, a new government study finds.

In a Food and Drug Administration experiment, researchers determined that far higher levels of these ingredients are absorbed into people’s systems than the amount considered benign enough to avoid safety testing — in some cases, as much as 40 times higher than the threshold amount, according to the study published in JAMA.

At present, no one knows whether the chemicals tested by the FDA are harmful when there is systemic exposure, the researchers noted. Their study included a request to manufacturers to study the safety of the chemicals. The four ingredients in question are avobenzone, oxybenzone, octocrylene and ecamsule. The FDA recently said that the four chemicals needed to be researched by manufacturers before they were considered generally safe and effective.

“Just because they are absorbed doesn’t mean they are unsafe,” said study coauthor Dr. Theresa Michele, director of the division of nonprescription drug products at the FDA. “That’s why we are asking for additional data.”

The new study isn’t the first to suggest that sunscreen ingredients might find their way into the body from the skin. There have been reports of these chemicals being found in breast milk.

While waiting for studies to be done on the chemicals in question, Michele recommends that people continue to protect their skin from the sun. The active ingredients in sunscreens protect the skin by reflecting, absorbing, and/or scattering ultraviolet radiation.

“These products are used to prevent skin cancer,” Michele said. “It’s very important from a public health perspective that people use them, especially as skin cancer rates are increasing. Right now, we know that there are benefits from these products and we don’t know if there are any harms.”

Michele also encourages that people use other methods in addition to sunscreen to protect their skin from sun exposure. People “need to use sunscreen with other sun protecting measures, such as wearing protective clothing and sunglasses and staying out of the sun at peak hours,” she said.

Before the new study, no one knew the level of systemic exposure resulting from sunscreen use. To address that question, Michele and her colleagues recruited 24 healthy volunteers who were randomly assigned to receive one of four sunscreens, which included two sprays, one lotion and one cream.

The volunteers were asked to slather the sunscreen on all parts of the body that would not be covered by a swimsuit four times a day for four days, a regimen that reflects the instructions on sunscreen labels. Over a period of seven days, 30 blood samples were collected from each volunteer.

In order for sunscreen companies to avoid safety testing of the chemicals in their products, no more than 0.5 ng/mL of the active ingredients can be absorbed into the body. When the researchers analyzed the amount of these chemicals in the blood samples, they found all at higher levels than that threshold. The biggest difference was for oxybenzone, which was found to exceed 20ng/mL on day seven of the study.

Because no one knows how systemic absorption of the active ingredients in sunscreen might affect health, experts weren’t sure how to counsel patients who might be worried about their impact.

“All four of the sunscreens in all formulations were absorbed at higher levels than the threshold,” said Dr. Emily Newsom, an assistant clinical professor of dermatology at the University of California, Los Angeles. “At this point, we’re not sure what that means.”

What we do know is that UV rays damage the skin and the risk of skin cancer is higher without sunscreen, Newsom said. “So sunscreen should still be used given the epidemic of UV-related skin cancer,” she said. “Our concern is that the public will hear this and stop protecting their skin from sun damage.”

Just because these chemicals have been shown to be absorbed into the body doesn’t mean they are causing harm, according to Elizabeth Platz, a professor, and Dr. Martin D. Abeloff, a scholar in cancer prevention and the deputy chair of the department of epidemiology at the Johns Hopkins Bloomberg School of Public Health.

That’s why there’s been a call for studies that will investigate the impact of the chemicals when they are absorbed systemically, Platz said.

In a statement in response to the study, the American Academy of Dermatology noted that the sunscreen ingredients in question “have been used for several decades without any reported internal side effects in humans.”

“Importantly, the study authors conclude that individuals should not refrain from the use of sunscreen, which the AAD encourages as one component of a comprehensive sun protection plan as sunscreen use has been shown to reduce the risk of skin cancer in a number of scientific studies,” AAD President Dr. President George J. Hruza said in a statement.

The organization of dermatologists acknowledged that the science on sunscreen is evolving and left the door open for more research and possible guideline changes in the future.

“The AAD’s sun protection recommendations are based on the existing body of scientific evidence and current FDA regulations and guidelines; these recommendations will continue to evolve as the science develops and the FDA issues new regulations,” Hruza said.

For those who find the new information worrisome, Platz suggests switching to other ways of protecting skin from sun damage. Certain sun-blocking chemicals — zinc oxide and titanium dioxide — have been deemed safe by the FDA, Platz notes. The downside of these products is that they can leave a white-ish film on the skin, she said.

Beyond that, people can avoid UV exposure by wearing protective clothing, staying in the shade and remaining indoors during peak hours, Platz said. 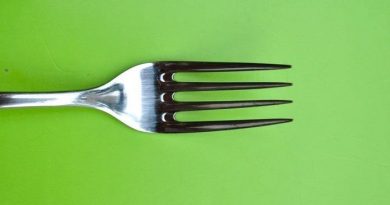 Social activity in your 60s may lower dementia risk by 12%