This was the conclusion that researchers at the University of Exeter, in the United Kingdom, came to after they compared the simple approach to a “subgroup model” that researchers in Sweden and Finland had proposed in an earlier study.

They report their findings in a paper that now features in The Lancet Diabetes & Endocrinology journal.

“It’s recognized,” says lead study author John M. Dennis, Ph.D., who is a research fellow in medical statistics at the University of Exeter College of Medicine and Health, “that not everyone with type 2 diabetes should be treated the same, yet there is currently no way to tell which tablet is likely to be the best for a particular person.”

The earlier study identified “five replicable clusters” of adults with diabetes. The five clusters differed by “disease progression and risk of diabetic complications.” The authors suggested that these could be a useful way to guide the treatment of diabetes.

However, the new study reveals that using very straightforward clinical features, such as age at diagnosis, sex, body mass index (BMI), and a measure of kidney function, is a more practical and effective method of choosing treatments and identifying which patients are most likely to experience complications such as kidney disease.

“Crucially, this approach does not mean reclassifying people into discrete subtypes of diabetes,” Dennis explains, adding that, in their study, they “were able to use a person’s exact characteristics to provide more precise information to guide treatment.”

Diabetes is a serious condition that comes from having too much glucose, or sugar, in the blood. Over time, high blood sugar, or hyperglycemia, harms organs, blood vessels, nerves, and other parts of the body.

According to the World Health Organization (WHO), diabetes is a leading cause of kidney failure, vision loss, stroke, heart attacks, and leg amputation.

Figures from the National Institute of Diabetes and Digestive and Kidney Diseases suggest that, in the United States, there are around 30.3 million people with diabetes and 84.1 million adults who likely have prediabetes.

There are three main types of diabetes. The most common, which affects the vast majority of people with diabetes, is type 2. This type develops because the body loses its ability to make and use insulin properly. Insulin is a hormone that helps cells to take in glucose and use it for energy.

The other two main types of diabetes are: gestational diabetes, which can develop in some women during pregnancy; and type 1, which develops because the immune system destroys the body’s ability to make insulin in the pancreas.

The recent study concerns type 2 diabetes, which the authors describe as a “heterogeneous, multifactorial condition” that accounts for 90–95% of diabetes and affects around 400 million people worldwide.

Given the diverse nature of type 2 diabetes, scientists are interested in breaking it down into further categories, as this could “improve care and outcomes” for the many people affected.

However, Dennis and colleagues note that the earlier study had “suggested but did not show that the clusters could be useful to guide choice of therapy.”

So, the researchers decided to compare the usefulness of the subgroup method “with simpler approaches based on routine clinical measures available in any diabetes clinic.”

They did this by analyzing data sets from two independent clinical trials — including more than 8,500 participants — that had randomly assigned different diabetes medications to people with type 2 diabetes.

The new research showed that the subgroup method did indeed work, but that methods that use simple clinical measures work just as well, and in some cases, even better.

For example, while the subgroup method did show differences in the progression of blood glucose, the team found that “a model using age at diagnosis alone explained a similar amount of variation in progression.”

In addition, while the subgroups differed in blood glucose response to treatment, “Simple clinical features outperformed clusters to select therapy for individual patients.” 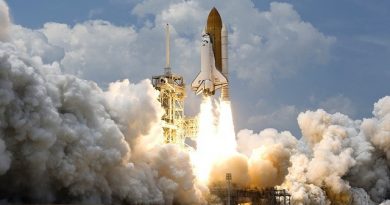 Telehealth during COVID-19 could help avoid admissions for diabetic ketoacidosis 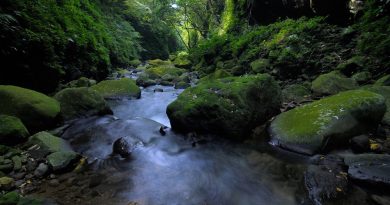