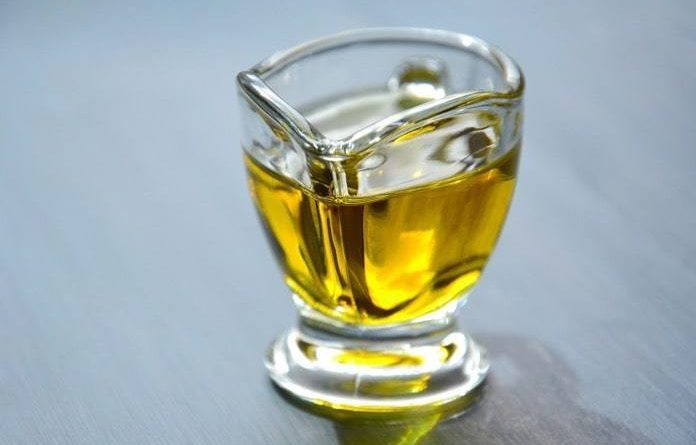 Certain diets are associated with a higher risk of heart failure. A new study seeks to understand why this relationship exists.

We frequently hear that a high-fat diet increase the risk of obesity and heart failure. The type of fats in vegetable oil, in particular, seem to be particularly risky. However, scientists still don’t know why. This is important because once we understand how vegetable oil increases the risk of heart failure we can start developing drugs that prevent it.

One theory is that a diet high in certain oils can alter the types of bacteria that grow inside our digestive system. We usually think of bacteria as bad for us, but we have actually evolved to live with certain types. These friendly bacteria can even help us out by helping us to digest food or fighting off infections by unhealthy bacteria.

The types of bacteria that grow inside us can also affect how our body responds to illness. For example, a shift in our bacterial ecosystem could lead to a stronger inflammatory response. This may help us respond to infections, but too much inflammation can actually cause tissue damage. This is a particular problem after a heart attack, where inflammation can permanently damage the heart.

A group of American, French and Canadian researchers used mice to study how a diet rich in vegetable oil could affect gut bacteria and the response to a heart attack. They published their results in The FASEB Journal.

Mice on an oil-rich diet

The researchers wanted to know how a diet rich in vegetable oil affected the types of gut bacteria, and how mice being fed this diet responded to a heart attack. To answer this question, the researchers fed half the mice a regular diet, and the other half an oil-enriched diet. After two months on these diets, they anesthetized the mice and surgically cut off part of the blood flow to their hearts. This mimics the effects of a heart attack and allowed the researchers to see if the oil-rich diet could lead to heart failure.

They also did the same experiment in old mice, so that they could understand if aging affected how the mice respond to the oil-rich diet.

The spleen is an important source of immune cells, and it starts to degrade with age. The researchers dissected the spleens of all the mice in order to see if the oil-rich diet affected this organ. The diet didn’t have much effect on the spleen of young mice, but it amplified the degradation of the spleen in older mice.

A heart attack dramatically increased the number of inflammatory immune cells in all the groups of mice. However, the oil-rich diet made this worse. The diet had the most negative effect on older mice. These older mice on the oil-rich diet suffered from severe inflammation that did not go away.

This study gives some clues on how a diet rich in vegetable oils could increase the risk of heart failure after a heart attack. It suggests that shifts in the types of gut bacteria could be associated with a stronger inflammatory response.

Unfortunately, it did not demonstrate experimentally that these changes in bacteria actually cause this response. In order to test this theory, scientists will have to directly alter the types of bacteria that live inside the digestive system. It is also possible that humans may respond differently than mice to an oil-rich diet.

The truth about ‘Blue Monday’