A reduction in the sense of smell is more common than most people realize.

As we age, our sense of smell diminishes. However, compared with vision and hearing, we are less likely to notice this decline.

For instance, one study found that almost one-quarter of people aged 53–97 years had impaired olfaction, yet less than 10 percent of them were aware.

Recently, medical researchers have been paying closer attention to olfaction.

The reason for this is that scientists have shown that a reduction in the sense of smell might be an early sign of both Alzheimer’s and Parkinson’s.

Both conditions are very challenging to diagnose in their early phases, but olfaction could offer a new way to predict the development of these neurodegenerative diseases.

Aside from olfaction’s potential to predict disease, other studies have shown that olfactory impairment increases the risk of death in older adults.

However, these studies have had relatively short follow-up times, making it difficult for the researchers to make definitive conclusions. Also, the investigators could not demonstrate whether a reduction in the sense of smell was due to other health conditions that were the primary cause of increased mortality.

To investigate further, researchers from Michigan State University in East Lansing studied a group of 2,289 adults aged 71–82 years. They recently published their results in the journal Annals of Internal Medicine.

At the start of the study, each participant completed a Brief Smell Identification Test (BSIT) in which the scientists presented them with 12 common odors and asked them to identify each smell from a list of four options.

Using data from the BSIT, the authors defined each participant’s sense of smell as good, moderate, or poor.

The research team then followed the participants for 13 years. Throughout the study, 1,211 participants died.

The team found that poor olfaction was more prevalent among males, black people, and people who drank more alcohol or smoked.

Poor sense of smell had a strong association with dementia, Parkinson’s, and chronic kidney disease as well as a moderate association with depressive symptoms. However, it did not correlate with cancer, hypertension, or diabetes.

The scientists showed that those belonging to the group with the poor sense of smell had a 46% higher risk of mortality at the 10-year mark compared with those in the good olfaction category.

“We suspect that this may be related to our participants’ ages, which averaged 75.6 years […] at baseline: People are dying at the end of their life span regardless of their sense of smell.”

Even after the researchers accounted for socioeconomic status, lifestyle factors, and existing health conditions, the results were still significant.

Individuals whom the researchers deemed as having moderate olfaction also had an increased mortality risk: a 17% increase at year 10 and an 11% increase at year 13 compared with those in the good olfaction category. However, this result was not statistically significant.

As mentioned earlier, a reduced sense of smell can predict the onset of some neurodegenerative conditions. However, the researchers showed that dementia and Parkinson’s disease accounted for just 22% of the increased risk of death at the 10-year mark.

Similarly, because an impaired sense of smell reduces the enjoyment of eating food, it can result in weight loss. In older adults, weight loss also increases mortality risk. When the authors investigated this as a confounding variable, they concluded that weight loss only accounted for 6% of the increased risk at 10 years.

When they delved deeper into the data, they also found that the increased mortality risk affected men and women alike and both black and white participants.

Interestingly, the effect was most prominent in people who rated their health as good-to-excellent at the beginning of the study. This finding is important because, as the authors note, it “highlights the fact that impaired olfaction is more than a marker of poor overall health.” They explain:

Although the current study was large and the scientists were able to collate detailed information about the participants’ health and lifestyle, there were limitations. For instance, the researchers only carried out the BSIT once — at the beginning of the trial.

It is possible that some participants had a reduced sense of smell for just a short time, perhaps due to hay fever or a cold. Also, it would be interesting to know how olfactory ability changed over time. For instance, it might be that individuals with a poor sense of smell had always had a poor sense of smell or, alternatively, their olfaction might have slowly declined over many years.

As ever, because this is an observational study, there is no way to strip apart cause and effect. As the authors put it, “our analyses are subject to bias due to potential unobserved confounding.”

Vidyulata Kamath, Ph.D., and Dr. Bruce Leff, both from The Johns Hopkins University School of Medicine in Baltimore, MD, have written an editorial to accompany the study paper.

In it, they outline the growing interest in olfaction as a predictor of disease and mortality. They also explain that scientists will need to carry out much more work before this new knowledge can become part of the healthcare system at large. The authors write:

“We look forward to further observational and intervention research to inform whether and how assessment of smell should be incorporated into routine clinical practice.” 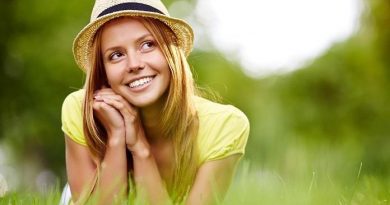