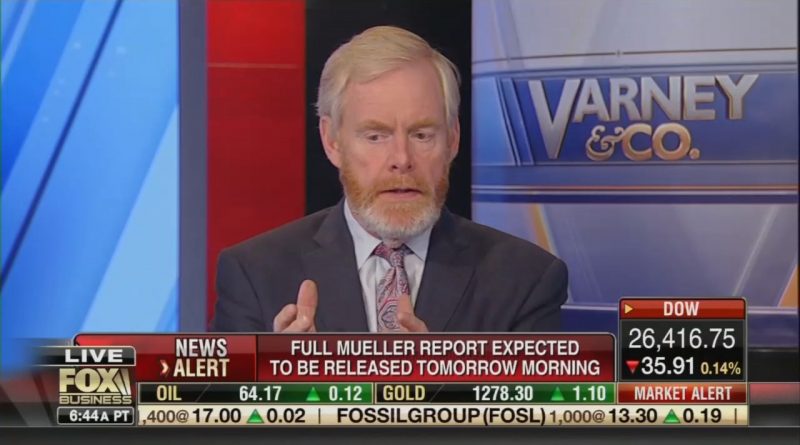 Media Research Center President Brent Bozell on Wednesday previewed the coming public release of the Mueller Report. Appearing on Varney & Co., Bozell talked about journalistic attacks on Attorney General William Barr. He observed, “For years and years and years, the media argued that, no, they weren’t biased. You notice nobody is arguing that anymore? Nobody in the press is pretending to be objective. They are 100 percent vested in the Democratic Party.”

Asked by host Stuart Varney if there will be any humility in the media, considering how wrong they were about the Mueller Report, Bozell scoffed, “Oh, no, no. This is going to continue through the election….They will not stop. Look, you know the next one. The next one is his taxes and after that will be this impeachment.”

A transcript is below. Click “expand” to read more.

STUART VARNEY: The Mueller report’s going to be released tomorrow and as you can imagine, the mainstream media is in a feeding frenzy. Roll that tape.

VARNEY: Brent Bozell is with us. He’s the Media Research Center guy. And he complied that media montage. Well done.

BRENT BOZELL: Oh, it goes on and on. We had a half hour.

BOZELL: They are. They are. Look, listen to these people. There’s not one scintilla of evidence. Let me repeat that, folks, not one scintilla of evidence that the Attorney General has done a thing wrong, yet you’ve got one reporter after another and they are bringing guests on, don’t forget that one. They are bringing guests on, all of them to talk about corruption. Somehow, he is like Trump. They are both corrupt now. Anybody who is within five light-years of this administration is corrupt. They can’t get over the fact that Mueller vindicated Trump. They can’t get over it.

VARNEY: Well, what’s their future? The media has joined that train and for two years they have been pushing the collusion narrative. There is no collusion. What are they going to do, try to invent it in some way or just find some dirt of any kind that they can throw at this President?

BOZELL: I think two points here. One, a comment on what’s going to happen tomorrow. What you are going to find is that Trump is vindicated because Trump was vindicated. There’s nothing Mueller would have liked more than to get Donald Trump, I believe. And the fact of the matter, after two years and gazillions of dollars spent, he didn’t find anything. This report tomorrow is going to say that. However, it’s also going to say, “Donald Trump didn’t tie his shoelaces one day.” And for that, the media are going say “Aha! We told you he needed to be removed from office.” That’s point number one. Second point, for years and years and years, the media argued that, no, they weren’t biased. You notice nobody is arguing that anymore? Nobody in the press is pretending to be objective. They are 100 percent vested in the Democratic Party.

VARNEY: Do you think there will be any media figure who turns around and says frankly, “We were wrong and we apologize.” Will anyone do that?

BOZELL: Do you know, after the Mueller report came out, know what the objective report was? “President Trump has been vindicated. For two years, Democrats and many in the press believed he was guilty, he is now vindicated. The story’s over.” That was an objective news story. Didn’t hear a single person say that. No, you’re not going to hear a single person ever, ever acknowledge that Donald Trump was vindicated, end of story.

BOZELL: Oh, no, no. This is going to continue through the election, if Trump is re-elected it will be for the next four years. They will not stop. Look, you know the next one. The next one is his taxes and after that will be this impeachment. He will be impeached by the Congress in order to have a weapon to weaponize an attack on him in the elections. And the media will be at the forefront reporting just the opposite of Bill Clinton, reporting that here it is, an impeachment and America needs to take this seriously. With Bill Clinton it was all about moving on. With Donald Trump, it’s going to be come on back.

VARNEY: If they do that, they will look like fools. And America will see it.

VARNEY: He goes after that. Brent, that was fun. Thanks for being with us in New York today.

Former adviser Powell just one of many being eyed for U.N., Trump says 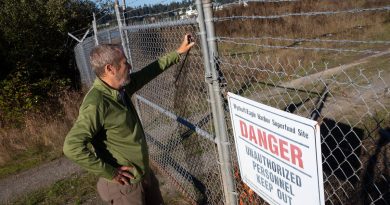 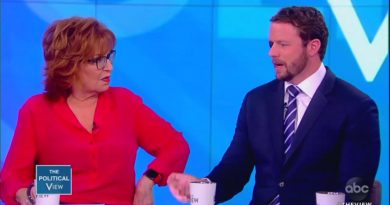