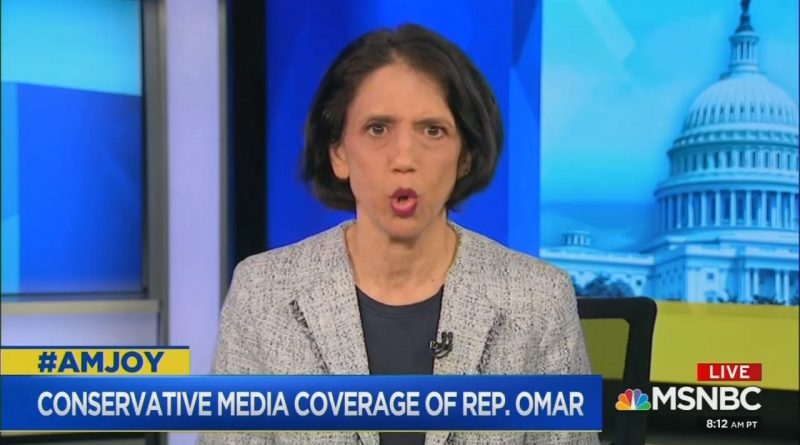 On Sunday’s AM Joy on MSNBC, during a discussion of conservative reaction to Democratic Congresswoman Ilhan Omar dismissively referring to the 9/11 attacks as “some people did something,” Washington Post columnist and MSNBC contributor Jennifer Rubin slammed Fox News as an entity that is “endangering people of color” and “destroying political thought.”

She also hinted that right-wingers like President Donald Trump have some responsibilty for terrorist actions like the Pittsburgh synagogue mass shooting and the New Zealand mosque attack.

At 11:00 a.m. Eastern, the segment began with Congresswoman Omar’s comments at a CAIR event referring to the 9/11 attacks as “some people did something,” followed by a clip of FNC host Brian Kilmeade criticizing her choice of words. Reid then introduced the segment: “Oh, wow. well, welcome back to AM Joy. Conservative media, including Fox News, spent the week fanning the flames in their demonization of Muslim-American freshman Congresswoman Ilhan Omar.”

After giving Esquire‘s Charles Pierce the first turn to speak, during which he mocked Kilmeade as someone who “was formed in some belligerent, Irish lab somewhere and dropped on a couch,” Reid turned to Rubin and brought up Republicans having a “fixation” and “obsession” with Congresswomen Omar, Alexandria Ocasio-Cortes and Rashida Tlaib, worred that it could “put them at risk,” and then added: “And there doesn’t seem to be a recogniation that maybe it’s too much at a certain point.”

Rubin tied President Trump to some recent terrorist attacks as she began:

No, there’s never any recognition from this President that something is too much. It’s not too much when a man goes into a Pittsburgh synagogue quoting the same replacement sort of philosophy and kills a large number of Jews. It’s not enough when people in other countries — New Zealand — follow this kind of language and commit mass murder. It’s never enough for these people.

She added: “And the reason they do it is very simple. They want to make the Democrats into ‘those other people,’ ‘those brown and black people.'”

Reid then laughably called Rubin a “conservative” in spite of her recent history of taking liberal positions on a number of issues, and rarely a conservative position on any issue, as the MSNBC host followed up: “And, Jennifer, you know, as a conservative on the panel, is there a voice in conservatism that still has the power to intervene” in trying to restrain President Trump, as she referred to the President sending out a tweet condemning Omar that used images of the World Trade Center attack.

It’s not just that Fox is endangering people of color — it’s not just that they are targeting Muslims — they are destroying political thought and political conversation in this country. They have so bamboozled a large segment of the population that we cannot have a rational decision. They have created a hate-mongering, a fearmongering, reality-defying world, and that is helping to destroy American politics. There’s no one more responsible for this than Rupert Murdoch. 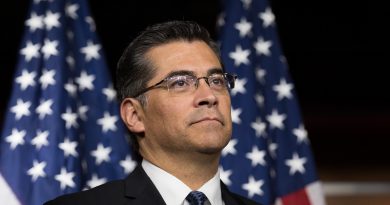 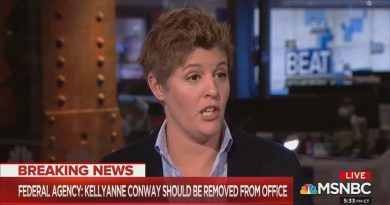 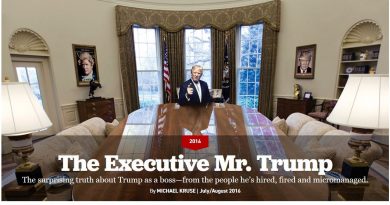