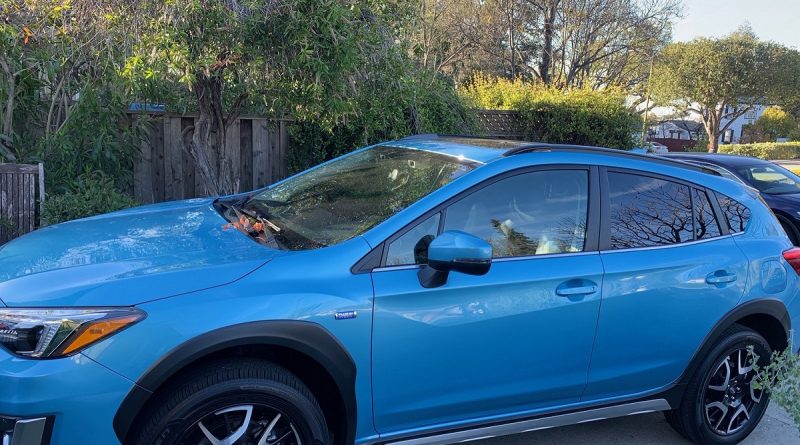 GREENTECH
April 14, 2019 ENR
I’ve recently started test-driving cars to see what technology they sport, and the Subaru Crosstrek hybrid is one of the latest I’ve driven. After the CES 2019 tech trade show in January, it was clear to me that a lot of tech is pouring into new vehicles, even though it’s going to be a while before truly self-driving cars hit the road.

This plug-in hybrid is what they call a subcompact sport utility vehicle. Acceleration wasn’t bad, considering it is a hybrid electric and gas car. It’s also attractive, and while stopped at a red light I got a compliment from another guy who thought it was cool. (He told me he was a Subaru salesperson.)

The electric motor is slightly noisier than others I’ve driven. When I stepped on the accelerator with the electric motor running, I heard a little bit of whining. At first, I thought it was a distant ambulance siren, but it was just the motor revving.

This hybrid has a base price of $35,000, or about $8,000 above the price of the gas-only Subaru Crosstrek model. The hybrid I tried out had a few extras (moon roof, heated steering wheel, navigation, and an 8-speaker Harman Kardon audio system), with a sticker price of $38,470. 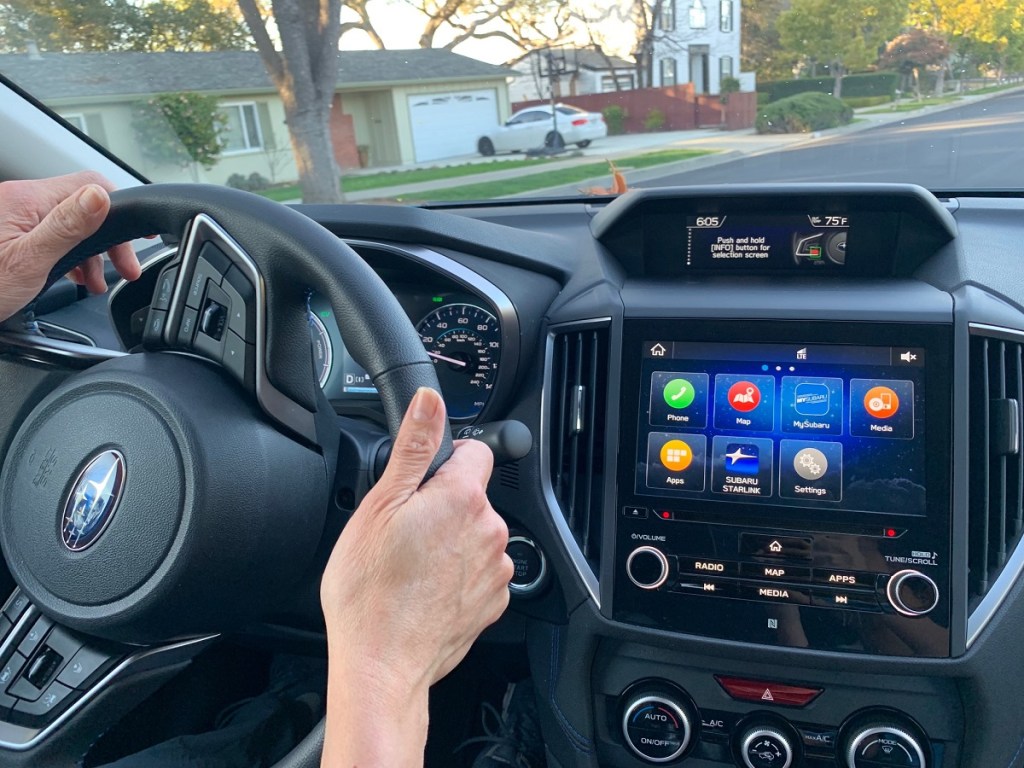 Above: Apple CarPlay lets you connect to apps like Waze or Spotify in your car.

The car has a Starlink 8-inch multimedia plus system with another 8-inch high-resolution touchscreen and a SiriusXM satellite radio. You can integrate your smartphone via Apple CarPlay, Android Auto, and Starlink cloud apps. I enjoyed streaming audio via Bluetooth from my smartphone, which allowed me to play Spotify songs from my phone.

A 4G LTE Wi-Fi hotspot makes it possible for up to eight devices to connect to the internet. You can stream TV shows, movies, and music. You can also play games and check email (but hopefully not while you’re driving).

As I found in other vehicles with CarPlay, some of the apps are quite useful on the bigger display. When I powered up Waze on my iPhone, the directions showed up on the car display’s much bigger map. You can touch icons on the screen to control things like maps, messages, and music, but not so much while driving. CarPlay, internet access, and some digital safety features are par for the course on a lot of new cars.

You can use Subaru Starlink remotely, and it lets you control the climate. With the Starlink system, the car has automatic collision notification, enhanced roadside assistance, stolen vehicle recovery, and vehicle diagnostic alerts. The Starlink Concierge delivers the alerts in real time. When you get a service alert, you can tap on the screen to see what it is about and then view appointment times at the nearest Subaru service provider and schedule an appointment.

Pressing the blue Starlink button by the rear-view mirror allows you to call to a human concierge. A live person will answer and take care of things like making a restaurant appointment and sending you directions to the place. You can also tap a red button to make an emergency call. Using MySubaru.com or a mobile app, you can set up boundary, speed, and curfew limits to manage your teenager’s driving. 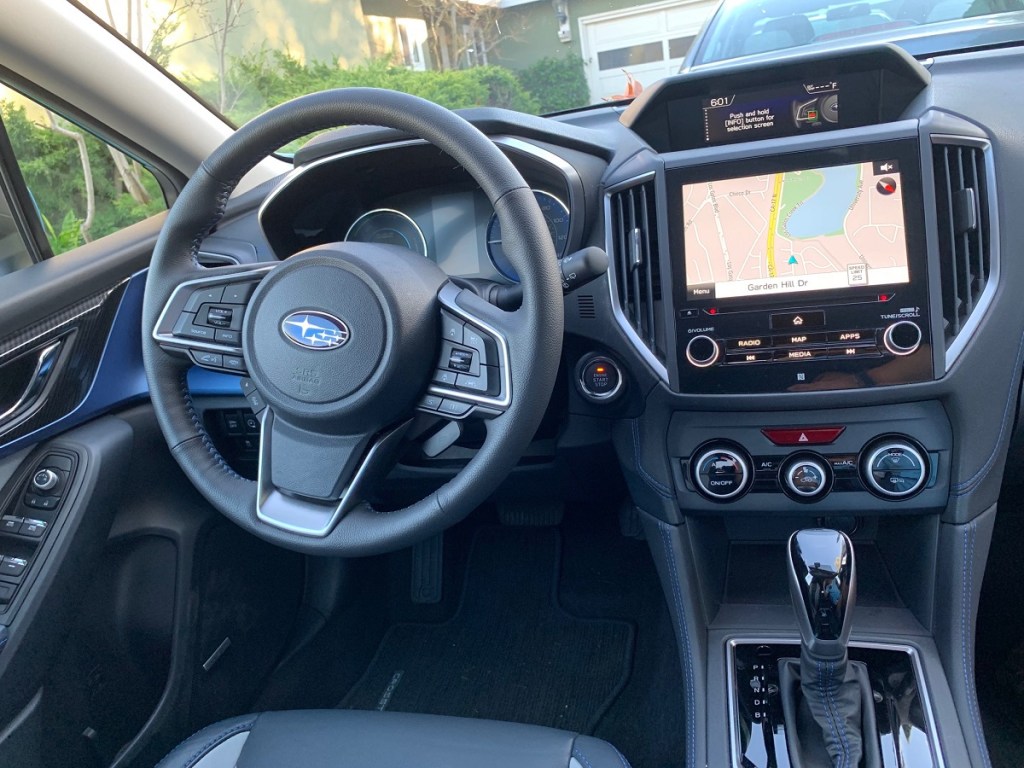 Above: The Subaru Crosstrek hybrid has a nice-looking dashboard.

This forward-looking feature allows the car to detect lanes on the freeway, and it will notice if you start drifting into another lane. A smart system will force the steering wheel to move back into the center of your lane. You can tell this is in effect when a little green light shows up on the left-hand side of the instrument dashboard. That light only appeared when I was driving on the freeway. If I properly signaled to change lanes, the steering wheel would let me make the change without trying to force me back into the center. 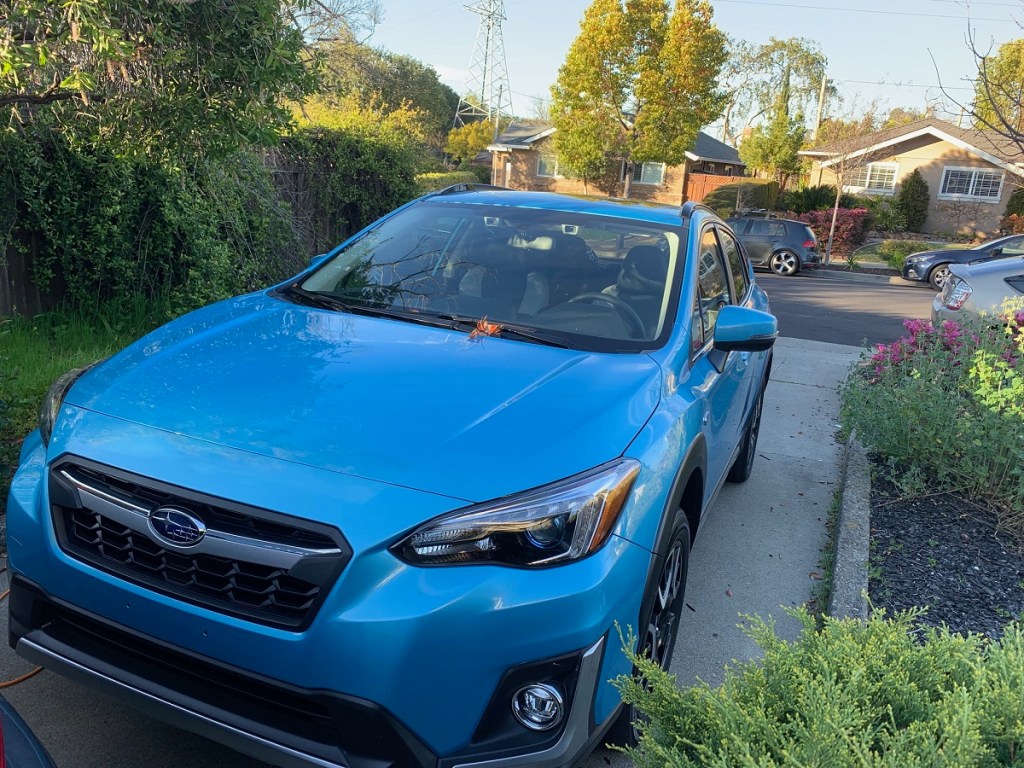 Above: The Subaru Crosstrek hybrid is a nice-looking car.

The camera system can also alert you if someone is slowing down or stopping ahead of you. A red light comes on in the instrument panel when you need to hit your brakes hard. The back cameras show you the view when you are in reverse. There was a parallel parking button on the screen, though it didn’t work when I tried it out.

The mirrors have blind-spot detection and light up with an orange light if someone in your blind spot is passing you. When you’re moving slowly, a pedestrian alert system monitors the area around you. You can also heat your front seats and exterior mirrors, and even de-ice your windshield. 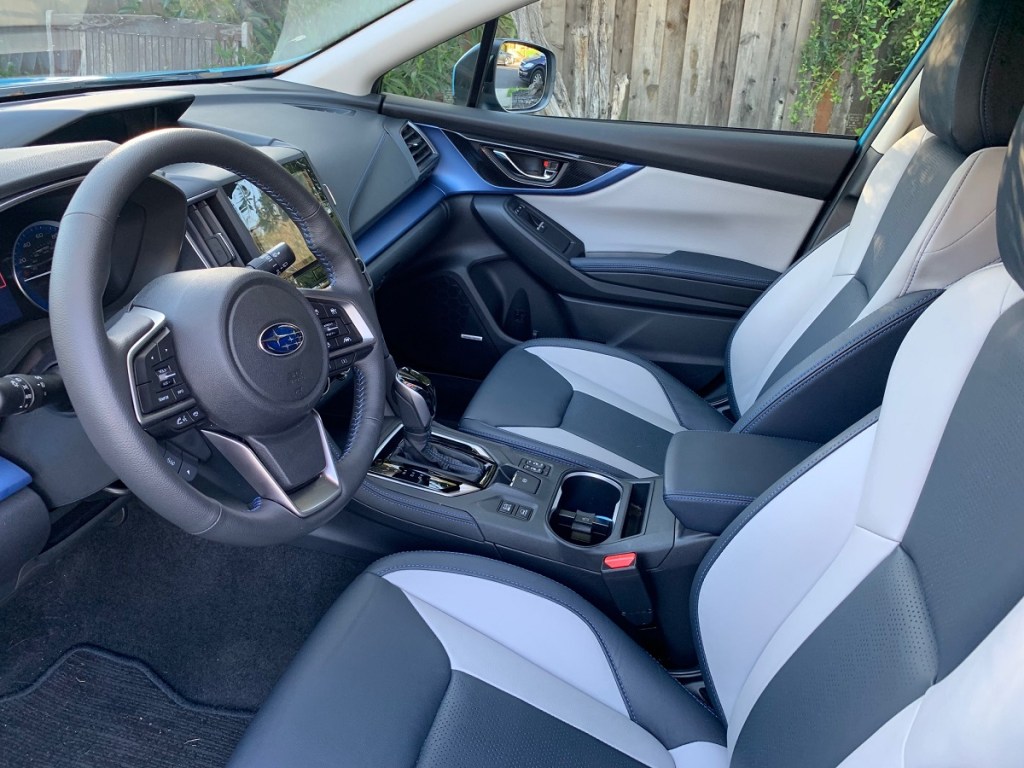 Above: The quarters are kind of tight in the Subaru Crosstrek hybrid.

The car takes about two hours to charge at 240 volts, and five hours at 120 volts. You can plug a charger into the device if you want, and you don’t have to worry about going out of your range because of the gas engine. Like other cars I have seen lately, it features keyless access and a push-button start. (I still have to get used to this way of starting a car).

The Crosstrek hybrid does not come with some of the gee-whiz features I’ve seen in other cars, like a heads-up display on the dashboard (which I saw in the new BMW X5 xDrive 40i), but it’s a lot cheaper than the $60,700 base model for the BMW. Overall, I liked this car and how it felt on the road. When they drove it away, I was a little sad. 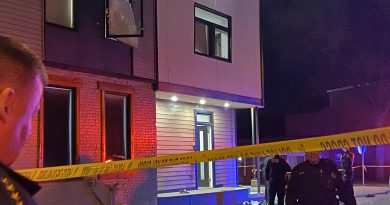 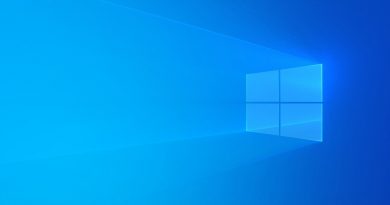 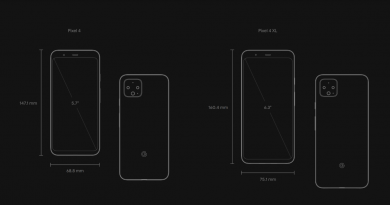