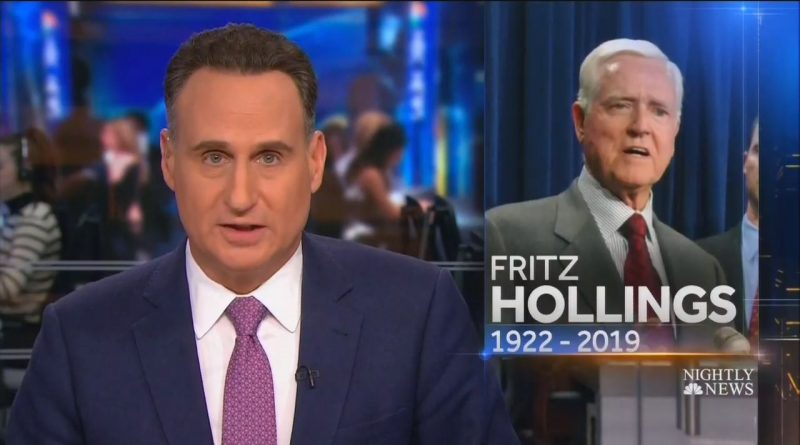 Since news broke over the weekend that former South Carolina Senator Erniest Hollings had passed, his controversial history on race has been substantially whitewashed in media reports which have even gone so far as to praise him over the ending of segregation in his home state.

This odd bestowing of credit comes even though he ran for governor as a segregationist, and school desegregation did not occur until after he left office in 1963.

While CNN reports did not get into the issue of segregation at all, reports on PBS, NBC, MSNBC, and even Fox News Channel all imparted credit to him over the desegregation of schools. On Saturday’s NBC Nightly News, anchor Jose Diaz Balart recalled that “the Democrat was governor of South Carolina in the late 1950s, guiding the state through desegregation.”

On the same evening’s Fox Report, anchor Aishah Hasnie similarly recounted with a slightly different time frame that he “helped lead South Carolina through desegregation as governor in the early 1960s.”

And on Monday’s MSNBC Live, shortly before noon, host Craig Melvin referred to Hollings’s U.S. Senate career that began in 1966 as he declared that “he was known for his work on desegregation, hunger, and the federal budget.”

Only PBS Newshour anchor Hari Sreenivasan and NBC’s Meet the Press host Chuck Todd bothered to mention his segregationist history, with Sreenivasan on Saturday noting that “he campaigned against desegregation but later backed public school integration.”

Governor Hollings may have changed his views and spoke favorably of ending segregation as he was leaving office, but giving him credit for ending the practice without even mentioning his segregationist history is a bit much.

On Sunday, Todd recounted that the South Carolina Democrat “began his political career as a segregationist, but eventually became a social moderate and supported civil rights, even endorsing Jesse Jackson for President in 1988.”

Todd then whitewashed Senator Holling’s history of using racial epithets as the NBC host concluded by quipping: “And he was also known for his quick wit and sharp tongue.”

These claims that Hollings was somehow responsible for ending segregation in South Carolina may be in part because of online reports like that of the Associated Press, which began its article: “Ernest F. ‘Fritz’ Hollings, the silver-haired Democrat who helped shepherd South Carolina through desegregation as governor…” 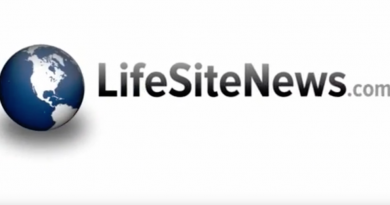 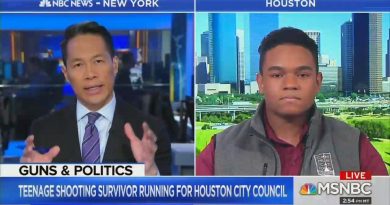 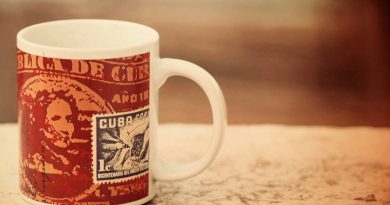