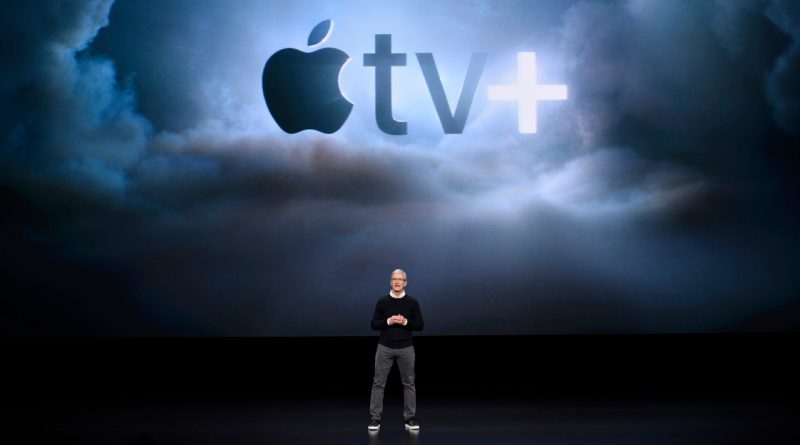 GREENTECH
March 31, 2019 ENR
Weeks after Steven Spielberg took a swing at Netflix and Hulu, the Hollywood legend had a change of heart about the medium, appearing at Apple’s star-studded event to help the iPhone-maker launch a streaming service.

The embrace comes as people are increasingly cutting their cable connections and moving to streaming services for their entertainment needs. Just last week, the Motion Picture Association of America (MPAA), a trade body that represents major Hollywood studios and Netflix, reported (PDF) that video streaming services now have more subscribers worldwide (613.3 million users) than those with a cable connection (some 556 million users).

Another disruption is nigh. Revenue generated by streaming services is set to surpass worldwide theatrical revenue this year, according to research firm Ampere Analysis. Media and technology companies are naturally fighting for a piece of that pie. The overcrowded video streaming market — valued at $22.6 billion last year and estimated to grow to $30.6 billion by 2022, according to PricewaterhouseCoopers — has more than 100 players competing for users’ attention.

Here’s a look at some of the biggest rivals, the markets they operate in, and how they are trying to win customers.

At the top of the list is Netflix, which began offering a streaming service in 2007, long before most companies even considered getting in the ring. This gave Netflix enough breathing room to bulk up its content catalog through licensing deals with cable networks and content studios. Twelve years later, Netflix has amassed 139 million subscribers in over 190 nations and territories.

Following in Netflix’s footsteps is Amazon, which has also made its Prime Video streaming service available in over 190 nations and territories. Amazon has never disclosed how many users subscribe to Prime Video, but last April the company said more than 100 million people use its umbrella subscription Prime, which bundles a range of services, including fast delivery of goods and Prime Video.

In the U.S., Netflix and Amazon also compete with Hulu, HBO, Starz, Showtime, CBS All Access, and Viacom’s Noggin — to name just a few. Hulu, which is only available in the U.S. and Japan, offers movies and shows, as well as access to some TV channels. The company said in January that it has reached 25 million subscribers. (Apple says it will make Apple TV+, the streaming service it announced this week, available in over 100 countries, though it didn’t offer content or pricing details.)

Cable giant HBO offers customers in the U.S. access to its original movies and shows such as Game of Thrones and Westworld through its HBO Now streaming service. HBO Now also includes content from sister companies Warner Bros. Pictures, 20th Century Fox, and Universal Pictures. As of early last year, the service had 5 million subscribers. Other players, such as CBS All Access, are relatively new in the market and have yet to gain significant traction.

Then there is YouTube, which people spend an awful lot of time watching. The Google-owned service is increasingly targeting on-demand video streaming users by adding movies to its catalog and slowly expanding the reach of YouTube Premium — a subscription service that gives users access to exclusive content and an ad-free experience — to more markets.

While YouTube is the most-consumed video streaming app in most markets, Netflix is leading in revenue worldwide. As of 2018, Netflix generated more revenue than any other video streaming service — and in some cases, more than any app in any category — in Argentina, Australia, Brazil, Canada, Denmark, Finland, France, Germany, Hong Kong, India, Indonesia, Malaysia, Mexico, Netherlands, Singapore, South Korea, Spain, Sweden, Switzerland, Thailand, Turkey, the U.K., the U.S., and Vietnam, among other markets, according to App Annie. 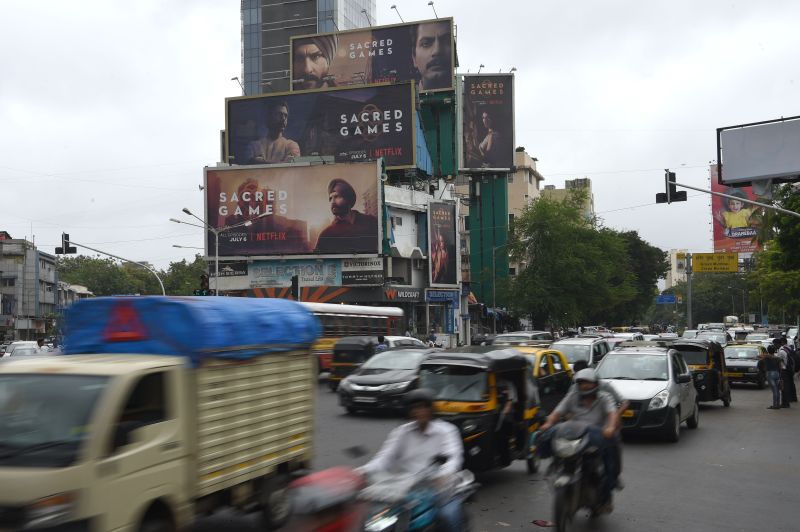 Much of the content on YouTube is generated by users, while most other streaming services are populated with movies and shows licensed from Hollywood studios and cable networks. This also means that your favorite movies and TV shows are typically playing a game of musical chairs, moving from one platform to another every few months — unless someone decides to pay a huge chunk to retain a title longer.

To differentiate their services, companies have recently been investing billions of dollars in producing original content. Netflix, which continues to produce critically acclaimed movies and shows, such as Emmy-winners The Crown and House of Cards, spent $8.9 billion in original programming in 2017 and $12.04 billion in 2018. The company says it remains bullish on producing original shows and movies for most of the markets where it operates.

Amazon, too, is increasingly coughing up big bucks to ramp up its original catalog. According to one analysis, Amazon is estimated to spend more than $6 billion in original programming this year. One of its original shows, The Marvelous Mrs. Maisel, won several Emmys and Golden Globes. Amazon Studios is currently working on a multi-season, big-budget TV adaptation of The Lord of the Rings fantasy series.

Amazon Prime Video, Netflix, Hulu, and HBO charge U.S. consumers between $8 and $11 a month for their streaming services. But these services are increasingly exploring new pricing structures to attract more customers. Hulu, for instance, offered consumers a 12-month subscription at a dollar per month rate during Black Friday last year. The company recently inked a deal with Spotify to offer customers access to both services for $9.99. (And it isn’t the first time the two have explored such an arrangement.)

For at least the past four months, Netflix has been experimenting with lower-priced subscriptions in select markets, such as Malaysia and India. The test subscription, which limits usage to mobile devices and content to standard definition (480p), costs as little as $3 a month. A Netflix spokesperson earlier this month declined to share an update on the kind of reception this test has received.

Amazon offered its Prime Video subscription at a discounted price to Prime subscribers in most markets for an extended period of time when it launched the service in December 2016. Since then, the company has been fairly aggressive with pricing in developing markets. In India, for instance, a Prime subscription is $14.50 a year, including access to Prime Video and Prime Music.

In several markets, over-the-top (OTT) companies have also inked deals with telecom companies and other service providers to subsidize the cost of their service. 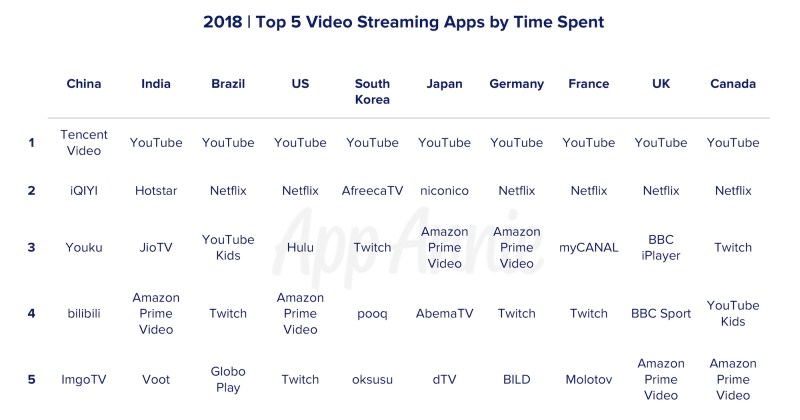 In the U.K., the BBC and iTV are working to launch BritBox. Executives say that when the service launches, it will offer the largest catalog of British content on any platform. A version of BritBox already exists in the U.S., with over 500,000 subscribers.

iTV Player, a video streaming service from the network giant, was among the video apps with the most consumer spending in the U.K. in 2018, according to App Annie. More streaming services are in the works. Last year, Germany’s ProSiebenSat.1 partnered with Discovery’ Eurosport network to work on a new streaming service. In Meanwhile, French broadcasters France Télévisions and M6 et TF1 are working on Salto streaming service.

In Middle Eastern markets, OSN Wavo, a legacy pay-TV provider, offers a large catalog of movies and shows, including some from Disney and HBO. Starz Play includes more than 10,000 hours of content with Arabic subtitles. Icflix, which was launched in 2013, features Hollywood and Bollywood movies.

That leaves us with China. Chinese internet conglomerates Tencent and Baidu lead the market with Tencent Video and iQiyi, respectively. Both services are ad-supported and each has amassed over 500 million monthly active users. Tencent Video is estimated to have 89 million paid subscribers, putting it slightly ahead of iQiyi’s 87 million paid subscribers. Netflix and Amazon Prime Video are not available in China. Earlier this month, Netflix CEO Reed Hastings said he does not expect the Chinese market to become more hospitable anytime soon.

Companies are hoping that original programming will help them gain an edge over the competition, but research suggests that people are actually spending much of their time watching a small number of old shows. In the coming quarters, as more players enter the market, we will find out whether new original programming or old classics are actually more lucrative. Furthermore, as the list of streaming services grows, so does consumer app fatigue. Research suggests that users are growing increasingly frustrated with the number of streaming services they need to pay for to get all the content they want. This also means the early adoption many services are seeing today could be difficult to sustain. And finally, we have yet to learn exactly how Apple, with hundreds of billions of dollars sitting in its bank, intends to make its mark.

This robot relies on human reflexes to keep its balance 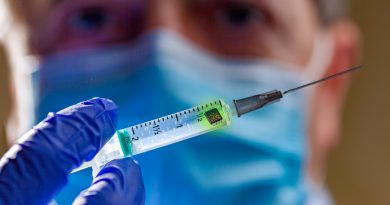 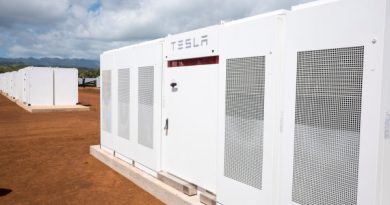