Meningitis is an infectious disease caused by certain viruses, bacteria, or fungi. It causes swelling of the meninges, which are the coverings on the brain and spinal cord.

The disease can be life-threatening and requires immediate medical care.

In this article, we describe how to identify a meningitis rash. We provide a picture guide, explore other meningitis symptoms, and discuss similar conditions.

Meningitis has a variety of symptoms, including a distinctive rash on the skin. This is not a traditional rash, caused by irritation or inflammation. Instead, it results from bleeding under the skin.

The most serious type of meningitis is caused by a bacterium called Meningococcus. The rash that doctors associate with meningococcal meningitis results from bleeding beneath the skin.

This type of bleeding occurs after the disease progresses and causes blood poisoning. The medical term for this is meningococcal septicemia. It leads to broken blood vessels, and they can resemble a rash, which doctors call a petechial rash.

In babies and adults, a meningitis rash may look like the following:

The meningitis rash may be harder to see on darker skin. Look for small spots on paler parts of the body, such as the palms of the hands or the soles of the feet.

Usually, the rash is not raised, so the skin is unlikely to feel rough or bumpy.

At first, the rash may be mild and subtle, but it can spread to larger areas of skin. It may also become darker in color as the bleeding continues. The rash usually occurs in the later stages of meningitis, when the disease becomes even more serious.

It is important to seek medical treatment for any symptoms of meningitis, even if no rash is present. Receiving quick treatment greatly increases the chances of recovery and survival.

Other types of meningitis produce other rashes. If a person has any rash and symptoms of meningitis, they should seek medical care right away.

Symptoms in infants and children

Anyone can get meningitis. However, in the United States, rates are highest in babies younger than 1 year, according to the Centers for Disease Control and Prevention (CDC).

Infants with meningitis can have a variety of symptoms, including:

Symptoms do not appear in any particular order. A doctor should check a child who has any symptoms of meningitis.

If meningitis progresses to septicemia, a child may develop a rash or unusual skin coloration. This can happen within a matter of hours, as meningitis often progresses quickly.

Teens and young adults have a higher risk of meningitis than middle-aged or older adults. The National Meningitis Association say that 21 percent of all meningococcal disease occurs between the ages of 11 and 24.

Symptoms of meningitis in teens and adults include:

A meningitis rash will remain the same when pressing glass aginst it.

The glass test can help people who are unsure whether they have meningitis. Though it is not a reliable way to diagnose any disease, this test can help a person decide whether to go to an emergency room.

Press a clear drinking glass against the rash. If the rash and marks are visible even while pressing down on the glass, seek medical help immediately.

This is a sign that the rash is petechial. Petechial rashes can result from meningitis or other serious illnesses that cause bleeding.

A meningitis rash can be difficult to see, especially on people with darker skin. Examine lighter areas of skin, such as the palms of the hands or the bottoms of the feet. Try the glass test on any areas of rash that are visible.

The glass test is not a foolproof way to decide whether a person needs medical care. Anyone with meningitis symptoms should receive medical help right away, even if their rash fades with pressure under the glass.

A person with a petechial rash does not necessarily have meningitis.

The following can also cause this type of rash:

A range of health issues can cause petechial rashes, which is why it is important to pay attention to other symptoms.

Noticing other changes in a person’s well-being can help with identifying meningitis and other serious illnesses that require immediate medical care.

Doctors can diagnose meningitis by performing one or more medical tests, such as:

If a person tests positive for bacterial meningitis, the doctor will prescribe antibiotics designed to treat the infection.

Sometimes doctors prescribe antibiotics right away, even if they do not know whether the infection is caused by bacteria. This is a precaution, because bacterial meningitis tends to be more serious than viral meningitis.

Meningitis that results from a viral infection does not respond to antibiotics or antifungal medications. Milder cases of viral meningitis may go away on their own, while more severe cases require hospital care. A doctor may use antiviral medications to treat certain types of this disease.

A person with meningitis may need anti-seizure medicines as well as steroids to reduce brain inflammation.

People who may have a higher risk of meningitis include:

Meningitis can cause headaches and memory loss.

Meningitis can be life-threatening, and it can get worse quickly. Many people recover from meningitis with prompt medical care. However, long-term complications can include:

Some types of meningitis can pass from person to person. To avoid this, follow standard hygiene practices, including:

One of the best ways to prevent many types of meningitis is to get vaccinated. The CDC recommend meningococcal vaccines for everyone at 11–12 years of age, with a booster dose at age 16.

Vaccination may be especially crucial for children and adults who have a higher risk of meningococcal disease.

The outlook for meningitis depends on many factors. The cause of the disease and a person’s risk factors help determine their chances of a full recovery.

Seek emergency medical care if someone has any symptoms of meningitis. In general, prompt treatment greatly increases the chance of survival and reduces the risk of long-term complications. 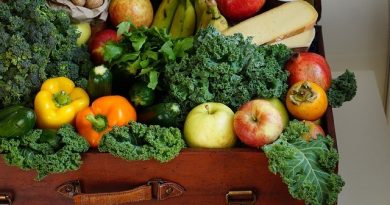