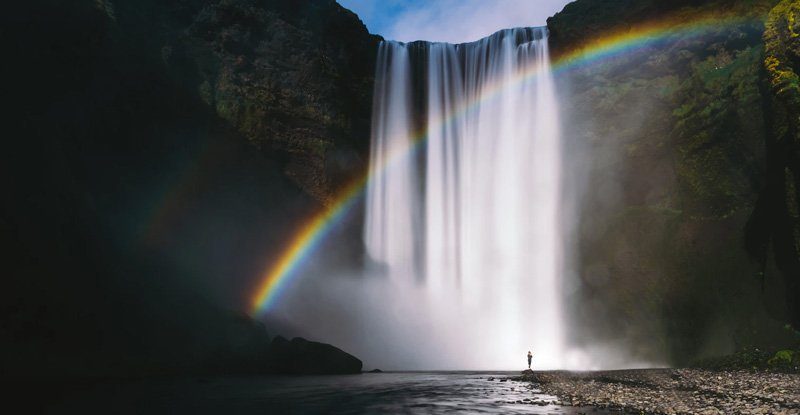 Waterfalls are one of the most majestic things on the planet: a beautiful, thunderous display of water and physics. But where do these cascading creations come from?

The conventional wisdom has it that waterfalls are formed by external forces, such as earthquakes, landslides, or changes in sea level that vastly alter and disrupt landscapes and riverbeds. But it turns out another, internally driven force may also be responsible.

A new study from researchers at Caltech proposes a radical hypothesis about how these captivating phenomena form: waterfalls make themselves.

One of the reasons waterfall formation has been a longstanding mystery, the researchers say, is because these cascading torrents evolve over geological timescales.

This has made them a difficult thing to study, in a sense, empowering the established narrative that waterfalls are shaped by factors from the outside.

But just because waterfall evolution is a difficult phenomenon to study, doesn’t mean it’s impossible to understand them.

To test their idea, the researchers built a mini-river inside their lab: a flume, measuring 7.3 metres (almost 24 ft) long, made from a “synthetic bedrock” of polyurethane foam, and tilted it to nearly to a grade of 19.5 percent.

They placed small gravelly pebbles in the flume to stand in for natural rocky sediment, and then ran a constant discharge of water through their virtual waterfall, essentially letting nature take its course.

In a matter of hours, the constant flow of water and rock started to erode the soft foam riverbed, and not in an even manner.

“Along the riverbed, decimetre-scale variations in erosion created repeating convex bedrock crests and concave depressions, which grew in amplitude to form cyclic steps,” the team writes.

“Waterfalls formed as deeper pools trapped sediment that armoured their bases against erosion, whereas vertical incision continued in the next pool downstream, causing the chute between the armoured pool and its downstream neighbour to steepen.”

In effect, the mini mockup showed that a combination of flow hydraulics, sediment transport and bedrock erosion are enough by themselves to create undulating shapes in a malleable riverbed, which with enough water falling, become become waterfalls.

“Nature doesn’t like things to be flat,” one of the Caltech team, Joel Scheingross (now with University of Nevada, Reno) told New Scientist.

Of course, a 7-metre simulation in a lab isn’t necessarily proof that the world’s real-life waterfalls forged their own path the same way – but it’s enough to suggest that it’s possible.

Because of that, the team says further research into this “intrinsic formation process” could help us to “distinguish self-formed from externally forced waterfalls [and] help to improve the reconstruction of Earth history from landscapes”.

Taken to the maximum extent, the findings basically mean we may need to re-examine a whole host of scientific assumptions about how and why waterfalls, rivers, lakes, and all other sorts of water-impacted landscapes look the way they do.

“This study gives us pause because it says that some of these might form on their own and have nothing to do with the events of the past.”

The findings are reported in Nature. 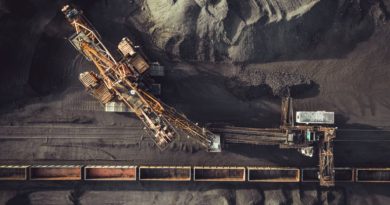 We Just Used Up All of Earth’s Resources For The Year, And It’s Only July