Ten years after the launch of Foursquare at SXSW, the company is laying its technology bare with a futuristic version of its old app that doesn’t require a check-in at all. The godfather of location apps is returning to the launchpad with Hypertrending, but this time it hopes to learn what developers might do with real-time info about where people are and where they aren’t.

Hypertrending uses Foursquare’s Pilgrim technology, which is baked into Foursquare’s apps and offered as an third-party enterprise tool, to show where phones are in real time over the course of SXSW in Austin, TX.

This information is relayed through dots on a map. The size of those dots is a reflection of the number of devices in that place at a given time. Users can filter the map by All places, Food, Nightlife, and Fun (events and parties).

Hypertrending also has a Top 100 list that is updated in real time to show which places are super popular, with arrows to show whether a place is trending up or down.

Before you throw up your hands in outrage, the information on Hypertrending is aggregated and anonymized (just like it is within Pilgrim), and there are no trails showing the phone’s route from one place to another. Dots only appear on the map when the phone arrives at a destination.

The feature is only available during SXSW and in the Austin area, and thus far Foursquare has no plans to launch this publicly. So… what’s the deal?

That sounds rather simple, but a combination of Foursquare’s 10 years worth of location data and Pilgrim’s hyper-precision is unparalleled when it comes to accuracy, according to Crowley.

Whereas other location tech might not understand the difference between you being in the cafe on the first floor or the salon on the second floor, or the bar that shares a wall with both, Pilgrim does.

This is what led Foursquare to build out the Pilgrim SDK, which now sees more than 100 million user-confirmed visits per month. Apps that use the Pilgrim SDK offer users the ability to opt-in to Foursquare’s always-on location tracking for its mobile app panel in the U.S., which has grown to 10 million devices.

These 10 million phones provide the data that powers Hypertrending.

Now, the data itself might not be new, per se. But Foursquare has never visualized the information quite like this, even for enterprise customers.

Whereas customers of the Foursquare Place Insights, Pinpoint and Attribution get snapshots into their own respective audiences, Hypertrending represents on a large scale just what Foursquare’s tech is capable of in not only knowing where people are, but where people aren’t.

This brings us back to SXSW, which happens to be the place where Foursquare first launched back in 2009.

“This week has felt a little nostalgic as we try to get this thing ready to go,” said Crowley. “It’s not that dissimilar to when we went to SXSW in 2009 and showed off Foursquare 1.0. There is this curious uncertainty and my whole thing is to get a sense of what people think of it.”

Crowley recalled his first trip to SXSW with cofounder Naveen Selvadurai. They couldn’t afford an actual pass to the show so they just went from party to party showing people the app and hearing what they thought. Crowley said that he doesn’t expect Hypertrending to be some huge consumer app.

“I want to show off what we can do with the technology and the data and hopefully inspire developers to do interesting stuff with this raw visualization of where phones are at,” said Crowley. “What would you do if you had access to this? Would you make something cool and fun or make something obnoxious and creepy?”

Beyond the common tie of SXSW, Hypertrending brings Foursquare’s story full circle in the fact that it’s potentially the most poignant example of what Crowley always wanted Foursquare to be. Location is one of the most powerful pieces of information about an individual. One’s physical location is, in many ways, the most purely truthful piece of information about them in a sea of digital clicks and scroll-bys.

If this data could be harnessed properly, without any work on the side of the consumer, what possibilities might open up?

“We’ve long talked about making ‘a check-in button you never had to press’,” said Crowley in the blog post. “Hypertrending is part of that vision realized, spread across multiple apps and services.”

Crowley also admits in the blog post that Hypertrending walks a fine line between creepy and cool, which is another reason for the ephemeral nature of the feature. It’s also the exact reason he wants to open it up to everyone.

After 10 years, it’s clear that we (Foursquare!) are going to play a role in influencing how contextual-aware technologies shape the future – whether that’s apps that react to where you are and where you’ve been, smarter virtual assistants (e.g Alexa, Siri, Marsbot) that understand how you move through cities, or AR objects that need to appear at just the right time in just the right spot. We want to build a version of the future that we’re proud of, and we want your input as we get to work building it.

We made Hypertrending to show people how Foursquare’s panel works in terms of what it can do (and what it will not do), as well as to show people how we as a company think about navigating this space. We feel the general trend with internet and technology companies these days has been to keep giving users a more and more personalized (albeit opaquely personalized) view of the world, while the companies that create these feeds keep the broad “God View” to themselves. Hypertrending is one example of how we can take Foursquare’s aggregate view of the world and make it available to the users who make it what it is. This is what we mean when we talk about “transparency” – we want to be honest, in public, about what our technology can do, how it works, and the specific design decisions we made in creating it.

We asked Crowley what would happen if brands and marketers loved the idea of Hypertrending, but general consumers were freaked out?

“This is an easy question,” said Crowley. “If this freaks people out, we don’t build stuff with it. We’re not ready for it yet. But I’d go back to the drawing board and ask ‘What do we learn from people that are freaked out about it that would helps us communicate to them’, or ‘what are the changes we could make to this that would make people comfortable’, or ‘what are the things we could build that would illustrate the value of this that this view didn’t communicate?’”

As mentioned above, Hypertrending is only available during the SXSW conference in the Austin area. Users can access Hypertrending through both the Foursquare City Guide app and Swarm by simply shaking their phone. 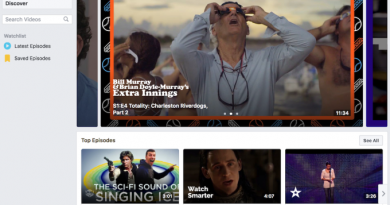 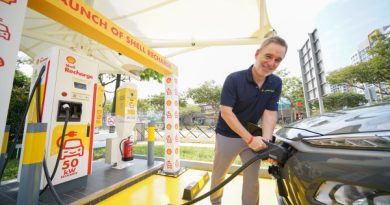