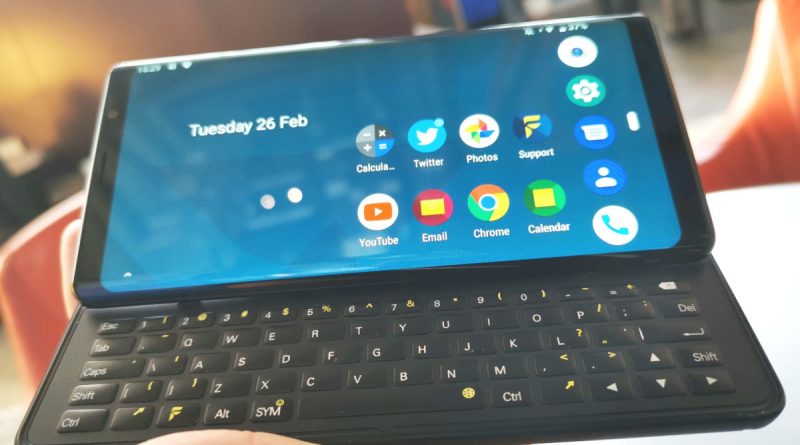 GREENTECH
February 27, 2019 ENR
One of the big breakout trends of this past week has been the emergence of a brand new form factor for mobile phones. While Samsung unveiled the Galaxy Fold at its own event last week, Huawei used MWC Barcelona to introduce its own foldable to the market and Oppo teased an early-stage prototype of its own.

However, one London-based company took to MWC to bring a different, slightly new form factor to the mix. Fxtec (stylized as “F(x)tec”) officially launched its Pro1 (stylized as “Pro1“) Android phone today, and while it has most of the apps and features you’ve come to expect from a modern day device, it packs one key differentiator: a physical QWERTY keyboard.

While it’s true that a handful of other recent Android devices have shipped with a physical keyboard, Fxtec’s incarnation is positioned in landscape format, so that when you flip the screen away from its rear, you essentially have a miniature Android laptop.

Above: Fxtec’s Pro1: A $649 Android phone with a landscape QWERTY keyboard

The screen sits at an angle on a little hinged kickstand, and the keyboard has pretty much most of the buttons you’d expect from a fully-functioning keyboard — Ctrl, Shift, Caps, Esc, Del, and a full number row along the top. Heck, you can even navigate the apps on the homescreen using the arrow keys and open one by hitting the Enter key.

Though it’s easy to dismiss the Pro1 as something of a gimmick, it does actually fit into a broader trend we’ve seen across the mobile phone landscape: People are hungry for something different, even if that means borrowing from the past.

HMD Global has reached far back in time to resurrect a number of old Nokia phone designs, including the 3310 feature phone and the so-called “banana phone,” while BlackBerry — and its brand overlord TCL — have also brought physical keyboards to Android phones, albeit in portrait format. Elsewhere, Samsung produced a physical QWERTY keyboard case for the Galaxy S8 Plus in 2017, while last month, Xiaomi launched its first slider phone.

Over the past year, a number of minimalist devices have also gone to market as people seek to switch off from constant connectivity without being completely disconnected. They’re retro with a purpose, rather than “hipster retro.”

Fxtec’s Pro1 embraces retro not only with a sliding keyboard, but with a physical camera shutter button (left-hand side in photo) and a 3.5mm headphone jack.

“Our ideal handset is a modern smartphone, combined with elements that we miss from the past,” said Fxtec cofounder and director Adrian Li Mow Ching, in an interview with VentureBeat.

Oh, and the Pro1 will run pretty much pure “vanilla” Android.

While it may seem something of a stretch to draw parallels between foldables and a device with a physical QWERTY keyboard, Li Mow Ching thinks that they are both symptomatic of a broader consumer demand.

“To us, the folding phone proves that there’s a change in trends in the market — people want to get away from just a single slab,” he said. “And we’re providing an alternative. But actually ours is a tried-and-tested alternative, something we know that works, something that gives us enjoyment when we use it.”

To a casual observer, the Fxtec Pro1 bears all the hallmarks of a device built with the best of intentions by enthusiastic and passionate founders — but built for themselves, with perhaps a little less consideration as to the market demand for such a product. However, Fxtec is under no illusions as to where its device will sit in the broader smartphone landscape — it’s fully aware that this is not a Samsung Galaxy S10-killer.

“This is a niche device, and niche devices have done a massive comeback these past two years,” Li Mow Ching continued. “But we are being realistic.”

It’s worth noting here that the Pro1 actually had a precursor of sorts that debuted at CES last year. The $99 Slider Keyboard Moto Mod was developed by Livermorium, a previous company set up by Fxtec cofounder Liangchen Chen, and was designed to be retrofitted to compatible Motorola devices — however, the project was later canceled.

Apart from the #KeyboardMod, Battery Mod also works under #SailfishOS as an external charger! Later version of #KeyboardMod with built-in battery will be fully working! @JollaHQ @LivermoriumLtd pic.twitter.com/VAmdDOlhQs

The Fxtec Pro1 is the result of some of the work that went on back then, though the whole technology has been refined somewhat in the intervening months.

Launching a hardware company is, of course, an expensive endeavor — there is a lot of risk, and there is never any certainty that people will want to buy what you’ve built. This is where crowdfunding has recently come to the fore — people pay up-front for their product, and the company uses the money to create the product on a sort of on-demand basis.

Fxtec isn’t crowdfunding its phone, but the preorder system that it’s running through its website will be used to emulate the benefits of crowdfunding — the company will only build products based on the number of orders that have been placed. And it won’t take money from people until the phone is ready to ship.

The Fxtec Pro1 opens for preorders globally from today through the company’s website, though the device isn’t expected to start shipping until July 2019. And in terms of price, well, you can expect to pay a fairly punchy $649 or local currency equivalent. 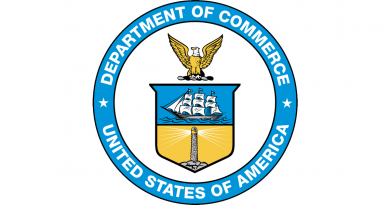 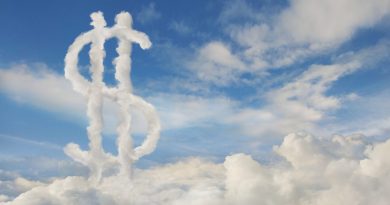 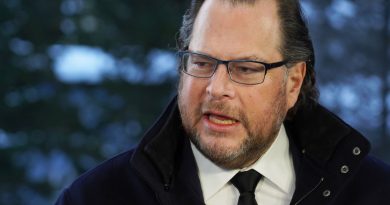