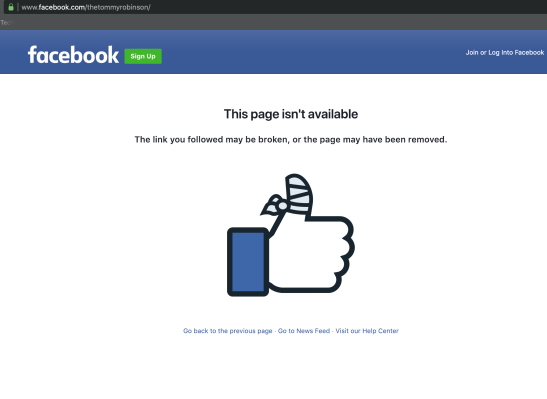 Twitter permanently banned the founder of the far right English Defence League almost a year ago.

Tommy Robinson’s Facebook Page has repeatedly broken these standards, posting material that uses dehumanizing language and calls for violence targeted at Muslims. He has also behaved in ways that violate our policies around organized hate. As a result, in accordance with our policies, we have removed Tommy Robinson’s official Facebook Page and Instagram profile. This is not a decision we take lightly, but individuals and organizations that attack others on the basis of who they are have no place on Facebook or Instagram.

“Our rules also make clear that individuals and organizations that are engaged in “organized hate” are not allowed on the platform, and that praise or support for these figures and groups is also banned. This is true regardless of the ideology they espouse,” Facebook adds.

It’s not clear what took the company so long to shutter Yaxley-Lennon’s pages given repeated breaches of its community standards.

Goddard had been using Facebook’s platform to solicit donations to fund activism which included intimidating politicians and journalists around Westminster — livestreaming the encounters to social media followers.

The activity of Goddard and small group of extreme Brexit supporters led the speaker of the House of Commons to write to the head of the Met Police urging action against the “aggressive, threatening and intimidating behaviour”.

Political attention has sharply stepped up around the social impacts of tech platforms and UK ministers are posed to set out a policy plan for regulating social media safety. 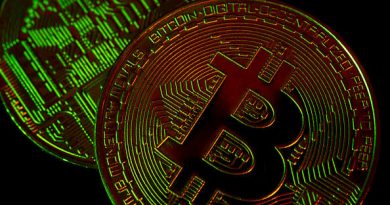 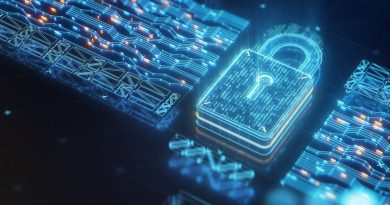 The Log4j vulnerability is bad. Here’s the good news 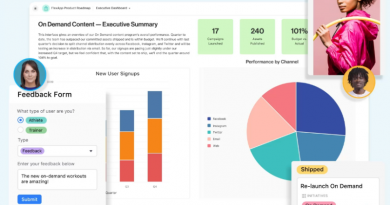