People with diabetes may benefit from eating nuts.

Nuts are packed full of essential nutrients that could benefit overall health.

The latest research has shown that nut consumption may help reduce the risk of chronic disease.

A recent study, which featured in the Journal of the American College of Cardiology, identified an association between eating nuts and a lower risk of cardiovascular disease.

Type 2 diabetes is a chronic condition that affects the way in which the body metabolizes glucose, which is its primary source of fuel. Possible complications include kidney damage and cardiovascular disease.

According to the American Diabetes Association, in 2015, more than 30 million people in the United States had diabetes.

Every year, doctors diagnose 1.5 million cases of diabetes in the U.S.

Over the years, several studies have linked nut consumption to the prevention of coronary heart disease. In 2010, researchers noted that the results of these studies justified exploring the use of nuts in managing the symptoms and complications of diabetes.

A new study, which the American Heart Association journal Circulation Research has published, found additional evidence that supports the recommendation of incorporating nuts into a balanced diet to reduce the risk of heart disease in people with diabetes.

In this latest study, researchers used self-reported diet questionnaires about nut consumption. Close to 16,000 adults participated, and they filled out the questionnaires before and after they received a diagnosis of type 2 diabetes.

As the name suggests, tree nuts, which include almonds and walnuts, grow on trees, while groundnuts, such as peanuts, grow underground. Tree nuts may offer more benefits because they contain higher amounts of nutrients in comparison with groundnuts.

Their analysis showed that people with type 2 diabetes who ate five servings of nuts per week had a 17-percent reduced risk of cardiovascular disease and a 34-percent lower risk of death relating to this condition.

Those who consumed more nuts after their diabetes diagnosis had an 11-percent lower risk of cardiovascular disease and a 25-percent reduced risk of death related to heart disease compared with people who did not increase their intake of nuts.

“Our findings provide new evidence that supports the recommendation of including nuts in [healthful] dietary patterns for the prevention of cardiovascular disease complications and premature deaths among individuals with diabetes,” said Dr. Gang Liu, Ph.D., lead study author and nutritional sciences researcher at the Harvard T.H. Chan School of Public Health in Boston, MA.

The team of researchers found that eating even a small number of nuts made a significant difference. Each additional serving per week of nuts led to a 3-percent reduction in the risk of cardiovascular disease and a 6-percent lower risk of death due to heart disease.

Although the specific effects of nuts on heart health are not clear, findings suggest that the nutrients in nuts may improve blood pressure, blood sugar control, and inflammation as well as enhancing the metabolism of fats and promoting blood vessel wall function.

“Cardiovascular disease is the leading cause of death and a major cause of heart attacks, strokes, and disability for people living with type 2 diabetes,” says Dr. Prakash Deedwania, a professor of medicine at the University of California-San Francisco School of Medicine in Fresno and a member of the Know Diabetes by Heart science advisory committee. He continues:

“Efforts to understand the link between the two conditions are important to prevent cardiovascular complications of type 2 diabetes and help people make informed choices about their health.”

Dr. Deedwania added that these findings add to the growing evidence that a healthful lifestyle, regular exercise, and a balanced diet can all have a significant favorable effect on the risk of cardiovascular disease in people with diabetes. 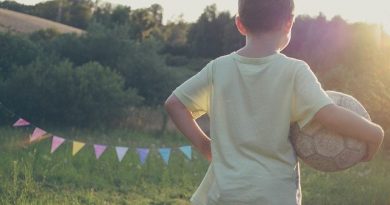