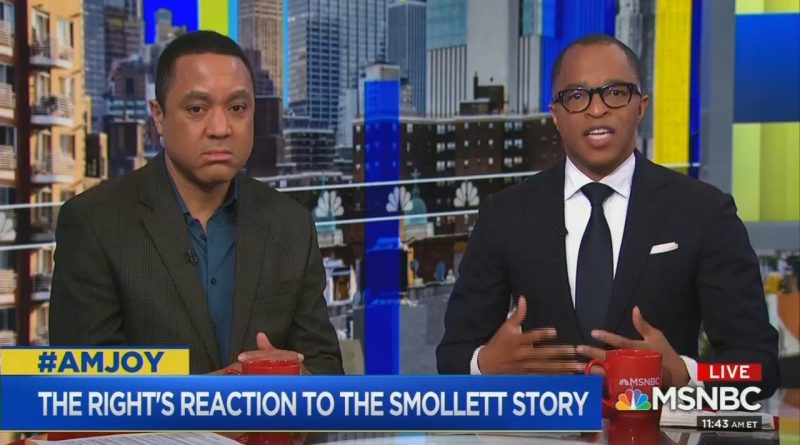 Appearing as a guest on Saturday’s AM Joy, MSNBC contributor Jonathan Capehart blamed President Donald Trump for liberals believing Jussie Smollett’s hoax claims of being attacked by Trump supporters as the liberal Washington Post columnist charged that the President “stokes” feelings of “menace” in minorities. He also complained that conservative reaction to the hoax has been “despicable.”

As the group suggested that there was a double standard in conservatives criticizing prominent liberals for believing the Smollett hoax when Trump had also seemed to believe it early on, the group ignored the fact that many liberals spoke out and tweeted (sometimes melodramatically) about the story without even being asked about it whereas the President was responding to a question.

Capehart then blamed the President for liberal gullibility:

The reason why so many people were so quick to believe Jussie Smollett and what he said and his version of events before they all unraveled was because that man (Trump) who you just played feeds into and actually stokes the atmosphere of menace and insecurity that millions of Americans feel across this country, whether they are people of color, LGBTQ, trans people, immigrants, Dreamers. You just go down the list.

There are people in this country who every day feel that their very existence — their own security is at stake. And so, you know, the President’s superpac, right-wingers, far right, conservatives who are using the Jussie Smollett situation to rhetorically bash people who are afraid for their own existence and their own lives, you know, is really despicable. 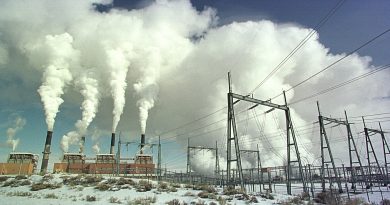 In a Bid to Save Its Coal Industry, Wyoming Has Become a Test Case for Carbon Capture, but Utilities are Balking at the Pricetag 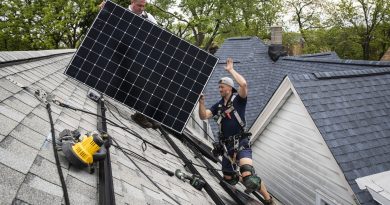 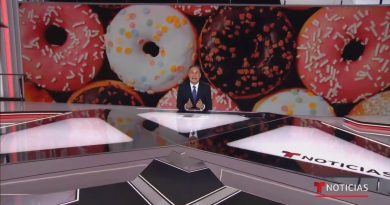