People with bipolar disorder may experience episodes of mania and depression, often separated by periods of relative stability.

Individuals with schizophrenia experience symptoms of psychosis, such as hallucinations or delusions. Some people with bipolar disorder also experience psychotic symptoms.

Because of some overlap in symptoms, getting the right diagnosis can be challenging. Also, a person can have both schizophrenia and bipolar disorder, which can complicate diagnosis.

Some people have schizoaffective disorder, which involves a combination of schizophrenia symptoms and those of a mood disorder.

In this article, we look at the similarities and differences between bipolar disorder and schizophrenia. We also discuss methods of diagnosis and treatment options.

Symptoms of bipolar disorder and schizophrenia vary and can differ in type and severity.

They may get worse, then significantly improve or go away for a period, which some doctors call remission.

People with bipolar disorder experience extremes in mood. Doctors may classify “highs” as mania or hypomania, while “lows” involve a decrease in mood and often depression.

In some types of bipolar disorder, people experience a less severe form of mania, known as hypomania. The symptoms are the same, but in hypomania, they are less severe. Nonetheless, they affect a person’s life and relationships.

In a person with bipolar disorder, depressive symptoms are the same as those in major depressive disorder.

The primary symptom is a feeling of sadness or hopelessness that persists for 2 weeks or longer.

Bipolar disorder can also cause anxiety and psychotic episodes, during which a person loses touch with reality.

Approximately half of all people with a bipolar disorder diagnosis experience psychotic hallucinations or delusions.

When people display psychotic symptoms, doctors may be unsure whether they have bipolar disorder or schizophrenia.

Schizophrenia symptoms affect a person’s thoughts, emotions, and behaviors. They include:

These are false beliefs, and most people with schizophrenia experience them.

People may think, for example, that they are famous or special in a certain way, that they are being harassed or stalked, or that something terrible is about to happen.

During a hallucination, people see, hear, or smell things that are not there. The most common type involves hearing voices.

People may not make sense when communicating with others. They may give unrelated answers to questions, or their sentences may seem meaningless to the people around them.

Schizophrenia can affect a person’s ability to take care of their personal hygiene, engage with others in socially acceptable ways, or perform everyday activities.

The following symptoms can occur with bipolar disorder or schizophrenia:

For some people with bipolar disorder, these hallucinations or delusions arise during severe episodes of mania or depression.

This is common among people with schizophrenia, but people with bipolar disorder may seem to have disorganized thoughts during episodes of mania. They may struggle to concentrate on a single idea or task at a time.

During periods of depression, people with either condition may demonstrate a loss of interest in things they once enjoyed. Some people feel unable to experience pleasure or have trouble concentrating or making decisions.

Some researchers report high rates of drug and alcohol misuse among people with schizophrenia, bipolar disorder, or depression.

If a person has significant symptom overlap, they may receive a diagnosis of schizoaffective disorder, a related but separate mental health condition.

Around 4.4 percent of American adults experience bipolar disorder at some point in their lives.

According to the National Institute of Mental Health, approximately 2.8 percent of adults in the United States experience bipolar disorder in a given year, and 4.4 percent experience it at some point in their lives.

On average, the disorder develops at 25 years of age, and it occurs at an equal rate in males and females.

According to a study in American Family Physician, 0.3–0.7 percent of people worldwide have schizophrenia, making it the most common psychotic illness.

It is marginally more common among males, and symptoms tend to first appear between late adolescence and a person’s mid-30s.

Diagnosis of both conditions involves the same procedures. A doctor or mental health professional will likely perform:

This helps determine if medical problems are causing psychological symptoms. A doctor may also request specific tests, such as:

A doctor, most likely a psychiatrist, will explore a person’s signs and symptoms, including those that affect thoughts, emotions, and behaviors.

They will also ask about family and personal mental health histories, and they may have the person complete a psychological self-assessment form.

During this evaluation, the doctor will also observe the person’s appearance and actions to look for signs of schizophrenia and bipolar disorder.

In addition, they will compare the person’s symptoms with the criteria set out in the American Psychiatric Association’s Diagnostic and Statistical Manual of Mental Disorders, commonly called the DSM-5.

Diary of symptoms and moods

It may help to keep a daily diary of thoughts, moods, and sleep patterns. The doctor may examine this to identify patterns in behavior and other clues that can inform diagnosis and treatment.

Many people with bipolar disorder require medications to stabilize their moods.

Psychotherapy is an important part of bipolar disorder management. It may take place individually or with a group or the person’s family.

Therapy can help people manage their thoughts and emotions, establish a routine, and identify triggers.

Those who do not respond to medications or psychotherapy may benefit from electroconvulsive therapy (ECT). The goal is to alter the brain’s chemistry by sending electrical currents through the brain, causing a seizure.

Other strategies that can help people with bipolar disorder include:

Antipsychotic medications are a vital part of treatment for most people with schizophrenia. Doctors believe that they alter the brain’s chemistry and reduce symptoms such as hallucinations and delusions.

Some individuals also require other medicines, such as antidepressants or anti-anxiety drugs. For people who do not respond to medications, a doctor may recommend ECT, which can improve psychotic symptoms.

When the symptoms of psychosis are under control, people with schizophrenia typically benefit from psychological and social interventions. These may include:

Other coping strategies include:

Although there are similarities between bipolar disorder and schizophrenia, there are also key differences, particularly relating to symptom severity and treatment.

People with bipolar disorder generally alternate between periods of low and high moods, while people with schizophrenia typically lose touch with reality as they experience hallucinations and delusions.

With treatment, a person who has either condition can manage their symptoms and reduce the impact that it has on their life.

Bipolar disorder is typically more manageable after a person receives appropriate treatment. Schizophrenia is more challenging to treat, and people who have it tend to require greater support.

Children not likely to be main drivers of COVID-19 pandemic, review suggests

Trump says ‘no president’s ever pushed’ the FDA like him, vaccine coming ‘very shortly’ 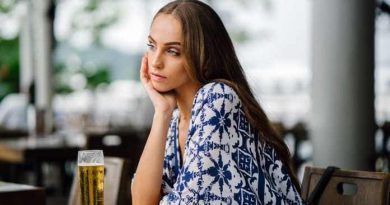 Is alcohol a migraine trigger?