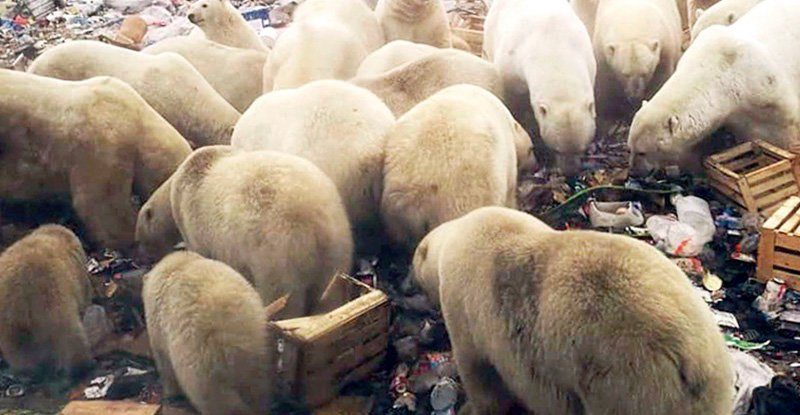 Fences have risen around kindergartens. Special vehicles transport military personnel to their work sites. Residents of the island settlement are afraid to leave their homes.

Novaya Zemlya is a Russian archipelago stretching into the Arctic Ocean. It once played host to Soviet nuclear tests, including the largest human-made explosion, when the “king of bombs” detonated in 1961, releasing 50 megatons of power and deepening an arms race that threatened to turn the Cold War hot.

Today, the barren landscape is under siege – from dozens of polar bears locked in their very own sort of hot war. Marine ecologists have long been warning of the peril posed by global warming for the vulnerable species.

In the far reaches of Russia, the situation has become traumatic for humans, too.

Officials in the Arkhangelsk region, where the archipelago lies, declared a state of emergency Saturday because of the marauding mammals.

Polar bears are typically born on land but live mostly on sea ice, where they hunt and feed on seals. But as Arctic ice thins, an occurrence linked to the acceleration of climate change, the animals move ashore, ravenous. They scavenge, sometimes coming into contact with human populations.

At least 52 bears were massed near Belushya Guba, the main settlement on the island territory, which is still used as a military garrison, with restricted access to the public. The town had a population of about 2,000 as of the 2010 Census.

Now, they could be selectively slaughtered if Russian authorities can’t figure out another way to keep them from menacing the residents of the remote island outpost, where they began to collect in December 2018.

Warning of the “mass invasion of polar bears in residential areas,” local officials vowed action in response to “numerous oral and written complaints demanding to ensure safety in the settlement.”

“I have been in Novaya Zemlya since 1983, but there have never been so many polar bears in the vicinity,” said Zhigansha Musin, a local administrative head, according to TASS, Russia’s state news agency.

TASS reported that the animals had tried to enter office buildings and residential quarters, and that they had chased residents and engaged in other aggressive behavior.

Photos and video footage posted over the weekend showed polar bears parading through drab living spaces, appearing on playgrounds, staring down dogs and feasting on garbage.

“The people are scared,” regional officials reported in a statement. “They are frightened to leave homes and their daily routines are broken. Parents are afraid to let the children go to school or kindergarten.”

Meanwhile, vehicle patrols and brigades of dogs appeared to make no difference. The bears were undeterred, continuing to pose a “threat to the life and health” of residents, officials said. More drastic measures were required.

Russia’s Novaya Zemlya is considering a cull to repel a “mass invasion” of polar bears, like this 1 in a young family’s hallway. 52 bears counted in Belushya Guba. They should be hunting seals on sea ice but global warming is driving them to land @joli_mai https://t.co/h0HTZ3zWln pic.twitter.com/xYofvdizXb

Residents are barred from hunting the animals, which are classified as a vulnerable species because of the “ongoing and potential loss of their sea ice habitat resulting from climate change,” according to the World Wildlife Fund. The International Union for Conservation of Nature estimates that there are 22,000 to 31,000 polar bears worldwide.

So far, Russia’s environmental watchdog has withheld licenses for shooting the troublesome animals. Instead, a team of experts is being sent to the remote island community to try to protect residents.

“However, provided that those measures do not help solve the situation, a cull will remain the only and forced answer,” TASS reported, suggesting that killing the animals as a means of population control is possible.

The polar bears are battling adverse conditions of their own, driven by changing conditions in the Arctic, which is warming more than twice as fast as the rest of the planet, according to a 2013 study in the journal Nature.

Models suggest that arctic sea ice is declining at a rate of nearly 13 percent per decade. Scientists also pointed to climate change as the reason for the aggressive behavior of a sloth of polar bears that surrounded a weather station in the Arctic in 2016, threatening a team of Russian researchers.

The animals wreaking havoc on Novaya Zemlya ventured inland on the southern end of the archipelago, where the ice is rapidly thinning, Ilya Mordvintsev, a researcher at the Severtsov Institute of Ecology and Evolution, told TASS.

On their way north, where the ice is thicker, they came across alternative sources of food at Belushya Guba and stopped to feed on the waste.

What man is doing to the planet: polar bears on a rubbish dump in Novaya Zemlya, Siberia. How dispiriting. pic.twitter.com/NwBHDmg82l

But a garbage-based diet won’t properly nourish polar bears, whose energy demands require “high-fat prey,” as detailed in a 2014 paper in the journal Science.

The bears are highly vulnerable to climate change, the authors found, because of their dependence on icy conditions in acquiring their preferred fare, seals, as well as other animals that sustain them, including fish and waterfowl.

When a polar bear’s carnivorous needs aren’t met, or when it has to travel farther and faster to sate itself, its body condition suffers. A female’s reproductive capacities may falter.

The US Geological Survey warned in 2007 that two-thirds of the global population of polar bears could be wiped out by 2050 because of thinning sea ice.

That prediction has periodically found stark visual expression. In December 2017, the world’s attention was briefly focused on a video of an emaciated polar bear, struggling to stand in the Canadian Arctic.

“This is what starvation looks like,” Paul Nicklen, the photographer who captured the scene, wrote on social media.

“The muscles atrophy. No energy. It’s a slow, painful death. When scientists say polar bears will be extinct in the next 100 years, I think of the global population of 25,000 bears dying in this manner.”

The Canadian photographer described the scene as “soul-crushing” but said he was moved to share it in an attempt to “break down the walls of apathy.”

The marine invasion in Russia, in testing the nerves of the local population, is also testing how firmly those walls stand. 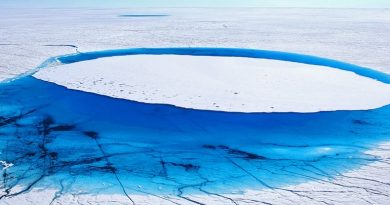 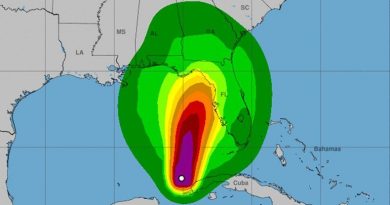 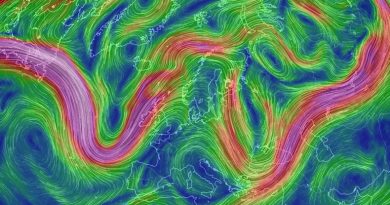