A new study examines the links between education and dementia risk over time.

It will have escaped no one’s attention that dementia is on the rise.

The most common type of dementia is Alzheimer’s. According to the Alzheimer’s Association, an estimated 5.7 million adults in the United States have Alzheimer’s.

Primarily due to our increasing lifespan, dementia incidence is set to keep rising.

Currently, there is no cure, and treatments can only reduce certain symptoms.

For this reason, it is vital that we understand the relevant risk factors and discover ways to prevent or slow down dementia.

Some risk factors are well-known, such as smoking and lack of physical activity. Well-known protective factors include sticking to a healthful diet.

Many experts think that the length of time someone spends in education helps protect against dementia. Although studies have generated conflicting or inconclusive results, many researchers believe that higher levels of educational attainment provide an individual with a certain “cognitive reserve.”

Scientists believe that this hypothetical reserve lowers the risk or, at the very least, delays onset of dementia.

Recently, a group of researchers set out to develop a clearer picture of the interplay between education and dementia. They published their findings this week in the latest edition of the journal Neurology.

To investigate, the team examined information gathered from 2,899 people from two sources. Firstly, the Religious Orders Study, a project that involves older Catholic clergy from all over the U.S.; and secondly, the Rush Memory and Aging Project, which includes older adults based in the Chicago metropolitan area.

Previously, researchers had assessed these participants annually, and these individuals had agreed to donate their brains for autopsy after death.

For analysis, the researchers split the participants into three levels of education: 17 or more years, 13–16 years, and 12 years or fewer.

The scientists found that even decades after participants had finished their education, those who had spent longer in education did have a higher level of cognitive functioning.

However, contrary to earlier findings, higher education did not protect against or slow cognitive decline.

Similarly, the researchers did not associate education level with the time of disease onset. In other words, educational attainment did not appear to protect against the disease or postpone its approach.

Another widely-held theory is that once cognitive decline has begun in people with a higher education status, it tends to progress more quickly. However, the study overturned this; it appeared to make no difference.

Wilson points out that this might be because education comes to an end many decades before the onset of dementia. He believes that “late-life activities involving thinking and memory skills, such as learning another language or […] social activities, cognitively demanding work, and having a purpose in life” might be more important as we age.

The team that carried out this study believe that it has many strengths. As Wilson explains, the analysis “was based on more participants who were observed for a longer period of time than previous analyses.”

However, the study does have shortfalls. The authors explain that the participants in this study had a relatively high level of education. Therefore, it is possible that the effect of education on dementia that researchers previously measured might be a result “of variations at the lower end of the education spectrum.”

Although these findings are not entirely conclusive, they do add to our understanding, and emphasize the importance of cognitive and social activities as we age. 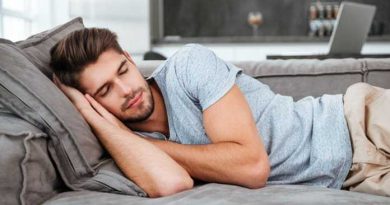 Benefits of napping may include lowering blood pressure