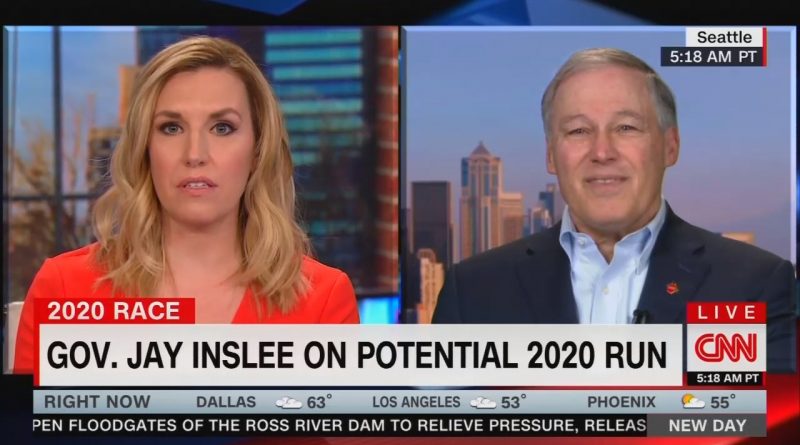 On Monday’s New Day show, as Washington Democratic Governor and possible 2020 presidential candidate Jay Inslee appeared as a guest, fill-in co-host Poppy Harlow fretted over the public’s lack of interest in the issue of climate change as she mostly gave him a friendly forum to promote his views without pressing back on him from the right.

After the interview began at 8:17 a.m. Eastern with Governor Inslee discussing his efforts to promote environmentalism, a worried Harlow followed up:

On a very serious note — and that is climate change — I mean, you can’t dispute the facts on what is happening to the climate and the peril and the danger to this country. But what is remarkable to me — and I think what you’re up against when you run on a climate change, you know, being your headline push here — is how the American people really feel about it or don’t care as much about it.

After citing a Pew Research Center poll finding that climate change ranks 17 out of 18 issues in priority for the public, Harlow added: “They just don’t care. How do you change their minds?”

After Inslee responded by promoting the development of clean energy, the CNN host brought up the issue of universal health care and asked if he would support eliminating private insurance and pushing Medicare for all as some Democrats have recently discussed. As her Democratic guest talked up universal health care, Harlow did not offer any pushback from the right.

She then brought up recent proposals by Democratic Congresswoman Alexandra Ocasio-Cortez and Senator Elizabeth Warren to raise taxes on the wealthy, and gave no pushback when he spoke in favor of tax increases.

In fact, not only did she not ask any contrarian question opposing tax increases, she bolstered the push for a tax increase on the wealthy by recalling that the top marginal tax rate during the Eisenhower administration used to be over 90 percent without informing viewers that, at that time, there were more tax shelters that kept the wealthy from actually having to pay such a high rate.

Here was Harlow: “It was 90 percent. He was a Republican, and it was a 90 percent marginal tax rate.” 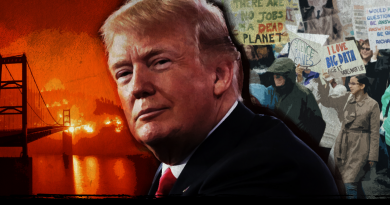 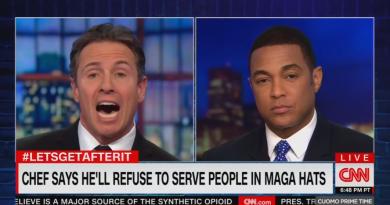 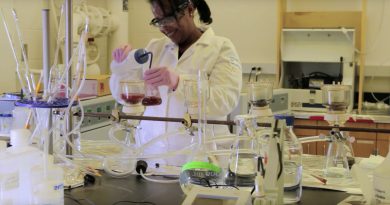