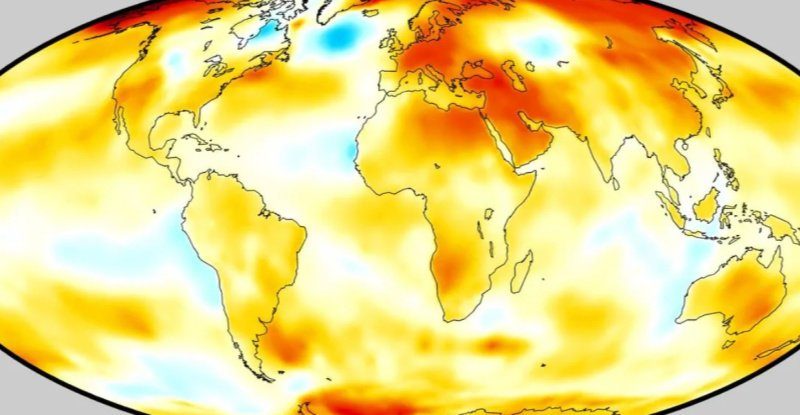 It may be the biggest wild card in the climate system. Scientists have long feared that the so-called “overturning” circulation in the Atlantic Ocean could slow down or even halt due to climate change – which would have enormous planetary consequences.

A new 21-month series of observations in the frigid waters off Greenland has led to the discovery that most of the overturning – in which water not only sinks but returns southward again in the ocean depths – occurs to the east, rather than to the west, of the enormous ice island.

If that’s correct, then climate models that suggest the circulation will slow as the climate warms may have to be revised to take this into account.

The magnitude of the scientific surprise, on a scale of 1 to 10, is pretty large, said Susan Lozier, an oceanographer at Duke University who was lead author of the research published Thursday in Science.

The new results come from the $32 million OSNAP, or Overturning in the Subpolar North Atlantic, program, the first attempt to comprehensively measure the circulation in the exceedingly remote regions in question. These icy seas, it is believed, are where cold, salty waters – which are extremely dense – sink below the sea surface into the depths, and then travel back southward again all the way to the Southern Hemisphere.

This “overturning” process is crucial because the sinking in the North Atlantic effectively pulls more warm, salty water northward via a system of currents that includes the Gulf Stream. This heat delivery, in turn, shapes climate throughout much of the region, and especially in Europe.

Better understanding of how the circulation works is key, since some scientists have already proposed that it is slowing down, with major consequences, including ocean warming and sea level rise off the U.S. East Coast.

Global temperature maps in recent years have shown a strange area of anomalously cold temperatures in the ocean to the southeast of Greenland, along with very warm temperatures off the coast of New England.

The cold region – which has been dubbed the “cold blob” and “warming hole” – is strikingly anomalous at a time when Earth and its oceans are otherwise warming. And the suggestion has been that this represents a decline in the volume of heat being transported northward by the circulation.

The warm waters off New England, in this interpretation, would represent a key corollary – additional ocean heat hanging around in more southern waters, rather than making the trip northward.

Into this debate comes the OSNAP project, whose leaders say that they are not taking a side on the climate question – they’re merely trying to measure the circulation itself.

The OSNAP array is sort of a scientific line running across the northern Atlantic Ocean from Canada to Scotland, touching the southern tip of Greenland along the way. In these waters, researchers have deployed 53 ocean moorings, each of which contains multiple instruments.

The moorings take an array of measurements – ocean temperature, salinity and other readings – at different depths across the entirety of the Atlantic. And that’s how they can get the pulse, so to speak, of the overturning circulation.

A similar cross-Atlantic measuring system already exists much farther south, around the latitude of Florida – but scientists feel that measuring the circulation in the far less hospitable waters of the north, where sinking actually occurs, is essential to understand how it works.

And this is where things get interesting. The overturning circulation, representing a massive flow of about 15 million cubic meters of water per second, could be happening on either side of Greenland.

To the west lies the Labrador Sea, between Canada and Greenland, where much attention has been focused. There’s a particular fear that the huge volume of meltwater coming from western Greenland, where some of the largest and most active glaciers reside, could do considerable damage here by freshening the waters and preventing sinking.

To the east, meanwhile, are the Irminger, Greenland and Norwegian seas. And the new study finds that, contrary to much earlier discoveries, the vast majority of the overturning of water is happening to the east, not the west.

“I think that’s one big take home message from our study, is that these previous papers that have discussed that are almost like barking up the wrong tree,” said Bob Pickart, an oceanographer at the Woods Hole Oceanographic Institution and one of the study’s authors.

Duke’s Lozier said she doesn’t want to criticize older modeling studies – these are in a constant state of improvement, and the new work will augment that process. Still, she noted, the empirical findings from OSNAP look different from some models.

“Some of these models are producing five times the amount of Labrador Sea water they should be producing, based on observations,” said Lozier.

This matters because these are the same models predicting that as the climate warms, and seas around Greenland freshen due to melting Arctic ice or more rainfall, the decline in salinity could interfere with the sinking process and slow the circulation.

But there remains a great deal to learn. The new study is the first major reporting of OSNAP results, and it only represents 21 months of data from the array of moorings. That’s too little time to detect change in the circulation.

Stefan Rahmstorf – a climate researcher at the Potsdam Institute for Climate Impact Research in Germany who has proposed that a slowdown is already underway, in part, based on the pattern of cooling and warming that’s being seen – said the new observations are valuable. But it will take much more time to draw major conclusions.

“It is still a very short time series, more like a snapshot, and I wouldn’t draw any inferences about the climatic time scales that I am primarily interested in,” he said in an email.

The key question, now, is that if the sinking of waters is actually occurring to the east of Greenland, what does that say about the circulation’s vulnerability? The answer may involve where the growing volume of cold and fresh meltwater from Greenland – which is entering the ocean in all directions – ultimately ends up once it gets out into deeper waters.

That, too, is little understood.

Marco Tedesco, who studies Greenland at the Lamont-Doherty Earth Observatory at Columbia University, said the new research will increase the attention paid to the melting of Greenland’s eastern coast, which is closer to where overturning appears to be occurring.

“East Greenland could likely be the next culprit who was hiding in plain sight but was obscured by the strong personality of the west coast,” Tedesco said. 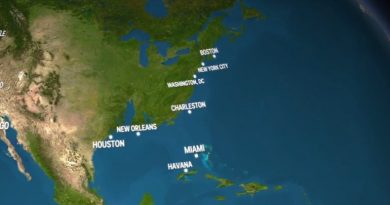