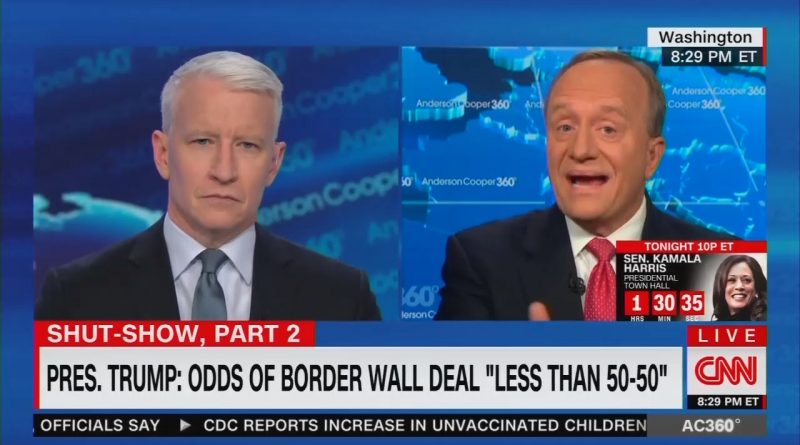 Appearing as a panel member on Monday’s Anderson Cooper 360, longtime liberal CNN commentator Paul Begala acted like a misinformed man who gets all his news by watching too much CNN as he not only made incorrect claims about illegal immigration across the Southern border, but he also contradicted himself on whether there is a “crisis” situation on the border.

At 8:29 p.m. Eastern, Begala started making the standard liberal argument that there is no “crisis” because the total number of illegal immigrants is lower than it used to be, but then, within seconds and in mid-sentence, he admitted that there is, in fact, a “crisis” in that more families and children are coming across and seeking asylum than a decade ago — which is a major part of the argument conservatives have been making already.

Referring to a question from host Cooper about why Democrats had supported building security barriers in the past, Begala replied:

Back then, when they voted for it, there really was a crisis of immigration coming from Mexico. And guess what — those actions that President Obama took worked. There are a million fewer illegal immigrants — undocumented folks from Mexico today than there were in 2007. So what we did worked.

He then added: “So there’s no crisis now. The crisis now actually is folks seeking asylum — people coming to ports of entry and surrendering legally under our laws and asking to be protected from narco-terrorists back at home.”

But, lest anyone believe Begala had finally gotten something right in his analysis, minutes later, he was back to claiming there is no “crisis” as he debated right-leaning contributor Steve Cortes, until a bit later when Cortes made the same argument that there is a “crisis” of families and children coming from Central American countries, at which time Begala seemed to agree.

After Cortes asserted that those who work in law enforcement on the border have stated that there is a “crisis,” and that it is “arrogant” for people living in other parts of the country to dispute that, Begala bluntly stated: “I just got back from South Texas — there’s not a crisis.”

Ignoring the fact that many migrants cross the border illegally before then applying for asylum after they are apprehended, Begala declared: “There is a real problem with refugees — with asylum seekers. They’re not going to be stopped by a wall. In fact, they’ve come into our ports of entry. The President’s putting those kids in cages, for goodness sakes. That’s the crisis.”

But, as previously noted by NewsBusters, migrants who go to ports of entry and apply for asylum through the proper process are usually not incarcerated or separated from their children unless they are suspected of committing crimes.

Begala soon further claimed misleadingly: “To seek asylum legally. They’re not crossing where there’s no fence or border. They’re crossing at the port of entry presenting themselves.”

Begala shook his head as Cortes recalled that many cross the border illegally, and that there has also been violence directed at Border Patrol agents. 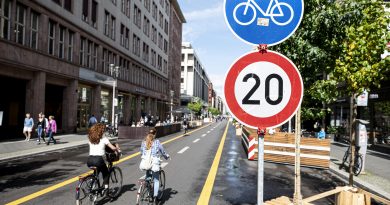 Trains, Walking, Biking: Why Germany Needs to Look Beyond Cars 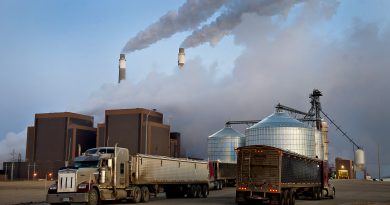 After a Clash Over Costs and Carbon, a Minnesota Utility Wants to Step Back from Its Main Electricity Supplier 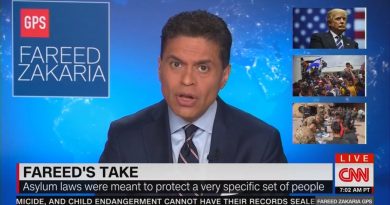