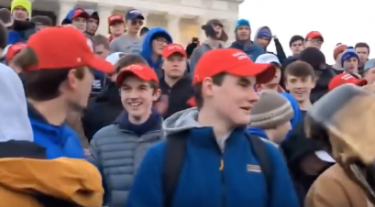 It’s clear to anybody who cares to see that the Covington kids were smeared by a partisan media and the outright lies of political opportunist Nathan Phillips. That doesn’t mean rags like The Washington Post won’t go on obfuscating and spinning. After all, the teenagers wore [cue ominous music] “Make America Great Again” hats!

Well, you know. I mean, c’mon, they were really just asking for it.

Huh? Just wait. Sears is an “associate professor of classics and ancient history at the University of New Brunswick.” He’s taken to the Post to guide us through the mists of ancient history to prove that silly red ball caps are a “deliberate provocation.” Really.

“In his story of the Peloponnesian War,” Sears instructs readers, “the Athenian historian Thucydides provided his readers with an indelible image of what happens when societies descend into civil strife between two irreconcilable groups.”

One morning in 415 B.C. Athenians woke up to discover that during the night somebody had perpetrated “acts of vandalism and sacrilege” — shrines desecrated and forbidden rituals done (which aren’t nearly as fun as the Forbidden Dance, The Lambada, but in 5th Century Athens you took got your kicks where you found them.) The people were pretty cranky and “interpreted [the] events as the beginning of a plot to overthrow the Athenian democracy.” There was all kinds of tension, polarization and war fatigue in Athens and some bad actors known as the oligarchs encouraged hysteria in a sort of false-flag smear. Alcibiades, the honcho general, was blamed and fled. It was a giant setback in the war and the history of Athenian democracy, as the oligarchs eventually took over for a while and reintroduced their “pre-democratic ‘ancestral constitution,’” like the wealthy old white guys they were.

And that’s … entirely besides the point to you and me. But not Sears.

This is a lesson we need to consider when looking at the Washington incident. That the boys were wearing MAGA hats and other Trump apparel — and allowed (if not encouraged) by their chaperones to do so while at the March for Life — constitutes a deliberate political act and a deliberate provocation. In our current context, it is impossible to separate the MAGA symbol from anti-immigrant and anti-minority views and policies.

Well, impossible if you’re a Washington Post hack. But some of us can imagine it. Think of it as a little civil disobedience. Except it’s disobedient not to the law but to the Twitter mob and CNN and BuzzFeed and the Post and the Times and NBC and The View and America magazine and the cowardly Bishop of Lexington and on and on. People get tired of being smeared as racists, fascists and homophobes, and don’t much care what Matthew Sears thinks of them.

But back to the Greek comparison. Who, in Thucydides, tale are the MAGA kids? The apparently random vandals and religious rites mockers? Maybe, but Sears doesn’t say whether they were found out and paid a price. The manipulative oligarchs? That “ancestral constitution” thing sure sounds like those threatened MAGA white guys. But no. The oligarch’s closest stand-in in the Covington Incident is the media that hyped the video because it was in their interests to do so. And it’s been in their interest to downplay the truth and give weasels like Sears the column inches to hold out until the last garbage argument is exhausted or they’ve found a new outrage to pimp — whichever comes first.

So maybe it was Alcibiades. He made the mistake of wearing a short toga ( “short chiton,” actually, but that’s not quite as catchy), so he had it coming, just like the MAGA hat kids.

The fact that Sears is making this argument a week after the fact would indicate he’s okay with all the bad things the Covington kids had coming, beyond the poisonous howling of the Black Israelites and being subjected to Nathan Phillips’ folk performance. That includes character assassination, vilification, public humiliation, threats of violence and death, doxing, their betrayal by their diocese and having their school and community disrupted. You really gotta hate a hat to make excuses for that.

But here’s the thing: it doesn’t matter if they wear dumb red hats or Bernie or Hillary shirts or even the Che Guevara tee-shirts so popular with young lefties. Those kids are free-born citizens of the republic and at liberty to wear what they want without harassment. The Black Israelites are at liberty to spew their garbage and Phillips can pound his drum and invent a war record without inviting strife (that they choose not to is another story.) Che Guevara murdered and imprisoned thousands and preached the overthrow of the U.S. Wearing a shirt bearing his likeness is stupid and repugnant, and maybe earns you a dirty look from people who know better. Otherwise, knock yourself out, because nobody else has a right to have a go at you.

One last note for Sears: If you have to go back to ancient Athens to justify the actions of your side and their media pals, just stay there. 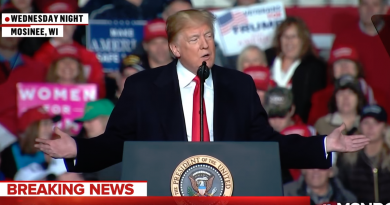 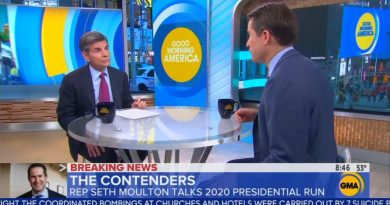 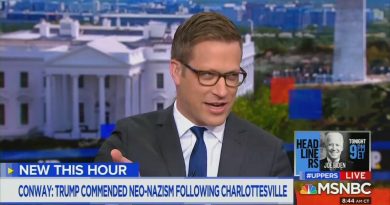