Nutritional ketosis occurs when the body starts burning fat instead of glucose. Inducing ketosis is the aim of a ketogenic diet, or “keto” diet, which is a high-fat, very-low-carb diet that can help people lose weight.

Ketoacidosis occurs when the body produces dangerously high levels of ketones, and it is often a complication of type 1 diabetes.

In this article, we discuss the differences between ketosis and ketoacidosis, including their symptoms. We also explain when to see a doctor and how to treat and prevent ketoacidosis.

A doctor may recommend blood or urine tests to determine if someone is experiencing ketosis or ketoacidosis.

Nutritional ketosis occurs when the body uses fat instead of glucose as fuel. The liver breaks down this fat into chemicals called ketones and releases them into the bloodstream. The body is then able to use the ketones as an energy source.

The ketogenic diet aims to induce nutritional ketosis. People do this by eating foods that are high in fat but very low in carbohydrates. Adopting this diet has become a popular way to burn fat and lose weight.

Doctors originally developed the ketogenic diet to treat children with epilepsy. The “classic” ketogenic diet involves eating 3–4 grams (g) of fat for every 1 g of carbohydrate and protein. According to the Epilepsy Foundation, studies show that more than 50 percent of children who try the diet have half the number of seizures or fewer, while 10–15 percent become seizure-free.

Doctors do not know why the ketogenic diet reduces some symptoms of epilepsy. Research suggests that this diet may also help with some other neurological disorders, such as Parkinson’s disease and Alzheimer’s disease.

In contrast, ketoacidosis occurs when the body thinks that it is starving and starts breaking down fats and proteins too quickly. It is a potential complication of type 1 diabetes.

If a person does not have enough insulin, the body cannot move glucose from the blood into cells, where it is necessary for energy. As a result, dangerous levels of both glucose and ketones can accumulate in the blood. Doctors refer to this condition as diabetic ketoacidosis.

Doctors can use blood and urine tests to determine whether a person is in ketosis or ketoacidosis.

During nutritional ketosis, it is normal to have blood ketone levels of 0.5–3.0 millimoles per liter (mmol/L). According to the American Diabetes Association, a person should check their ketone levels if their blood glucose levels are higher than 240 milligrams per deciliter (mg/dl).

People with diabetes whose blood ketone levels are high have a more significant risk of diabetic ketoacidosis.

The symptoms of diabetic ketoacidosis include:

As ketoacidosis progresses, symptoms can include:

Symptoms of ketosis may include fatigue, feeling cold, and general weakness.

For most people, ketosis is a short-lived metabolic state that happens when the body temporarily switches from burning glucose to burning fat. During this time, the level of ketones in the blood rises.

People on ketogenic diets aim to spend more extended periods in ketosis. Some people also enter a state of ketosis through fasting.

Ketosis can lead to bad breath and weight loss. It may also cause headaches, thirst, and stomach complaints in some people.

Although inducing ketosis is generally safe, it can lead to nutritional imbalances in some people or result in them not getting enough calories. Malnutrition can cause:

A doctor can use blood or urine tests to determine whether a person is in ketosis or ketoacidosis. These tests measure the levels of ketones, glucose, and acidity in the body.

Nutritional ketosis is not a medical condition and does not require a diagnosis. However, ketoacidosis is a life-threatening condition, and anyone with symptoms should seek immediate medical attention. People with signs of malnutrition should also see a doctor.

Doctors often provide urine test strips to people with type 1 diabetes to allow them to check their ketone levels.

Diabetic ketoacidosis is a medical emergency that can progress quickly, but it is also highly treatable.

Most people with diabetic ketoacidosis will need to stay at the hospital for monitoring. As blood ketone levels return to normal, the doctor may recommend additional testing to determine whether a person has other risk factors for ketoacidosis.

People with diabetes can reduce their risk of ketoacidosis by:

Although ketosis and ketoacidosis both cause ketone levels in the body to rise, they are not the same. Nutritional ketosis is the aim of the ketogenic diet, and it is generally safe, whereas ketoacidosis is a potentially dangerous complication of type 1 diabetes.

People with diabetes should avoid ketogenic diets and follow their doctor’s treatment recommendations to prevent ketoacidosis.

Ketogenic diets can help people lose weight and may offer some health benefits. However, it is always best to talk to a doctor before trying a new diet. 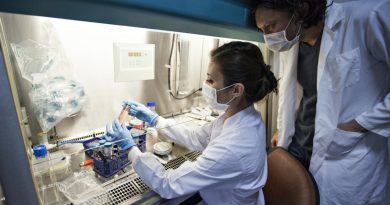 Causes of mucus in a baby’s poop

When a child has a fever, their body can ache, they are restless and they just don’t feel well. While

Maternal anemia during pregnancy may increase risk of childhood anemia