New research concludes that insomnia may vary by personality type, among other factors.

Scientists at the Netherlands Institute for Neuroscience studied thousands of people who had voluntarily signed up to an online sleep registry.

They concluded that insomnia has five subtypes that differ by personality traits, risk for depression, brain activity, and response to treatment.

The team suggests that the findings will likely speed up research on insomnia and lead to better, more personalized treatments.

The Lancet Psychiatry journal has now published a paper on the study.

“While we have always considered insomnia to be one disorder,” says Tessa Blanken of the Department of Sleep and Cognition, “it actually represents five different disorders.”

She likens progress in insomnia research to that of dementia, which has uncovered subtypes with marked differences in underlying brain mechanisms.

Insomnia is one of the “most common complaints” that people raise with their doctors. The main symptoms include insufficient and poor-quality sleep and finding it difficult to fall and stay asleep.

They rarely wake up feeling refreshed and often feel sleepy and tired for the rest of the day. They can also feel depressed, anxious, and irritable.

The condition thwarts efforts to do well at work and school, as it undermines a person’s ability to focus, pay attention, remember, and learn.

Acute, or short-term, insomnia lasts for a few days or weeks. This often results from traumatic events or pressure from family and work situations. Other people have the ongoing or chronic form of insomnia that lasts for months and longer.

While scientists have attempted to study the brain mechanisms of insomnia, their findings have been mostly inconsistent.

There is a similar pattern with treatment effectiveness: it works for some, but not for others.

Blanken and her colleagues suggest that this lack of consistency could be because “subtypes of this disease remain unrecognized.”

So, the researchers decided to investigate further with a study in three parts.

First, they analyzed the results of up to 34 different questionnaires that 4,322 volunteers in the Netherlands Sleep Registry had filled in.

The questionnaires measured personality traits that scientists have linked to differences in brain function and structure.

Using a method called “latent class analyses” on the questionnaire data, the researchers identified five types of insomnia, as follows:

They then confirmed their findings in the second part of the study by evaluating a “second, non-overlapping cohort” of 251 volunteers that they had recruited from new members of the sleep registry.

Finally, 5 years later, in the third part of the study, the team re-evaluated 215 volunteers from the first sample.

These results revealed that individuals had mostly conserved their type of insomnia from 5 years earlier “indicating a high stability of the classification.”

Other differences among types of insomnia

Further examination also uncovered other measurable differences in the five types of insomnia.

For example, electroencephalograms revealed distinct differences in brain responses to external stimuli. This strengthens the idea that brain research might reveal some underlying mechanisms.

The researchers also found that the insomnia types they identified differed in their responses to treatment with drugs and cognitive behavioral therapy.

Also, the risk of developing depression varied widely among the insomnia types. The risk “was up to five times different between groups,” note the authors.

The researchers have already begun to investigate ways to prevent depression in people with the type of insomnia that carries the highest risk.

They were surprised that the types did not vary on symptom-related factors, such as difficulty getting to sleep as against early waking.

They suggest that earlier studies that have tried to identify insomnia types may have failed because they focused too much on such symptoms. 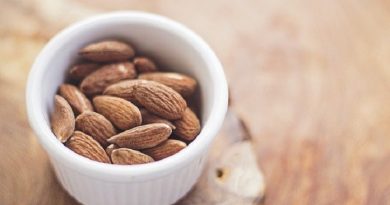