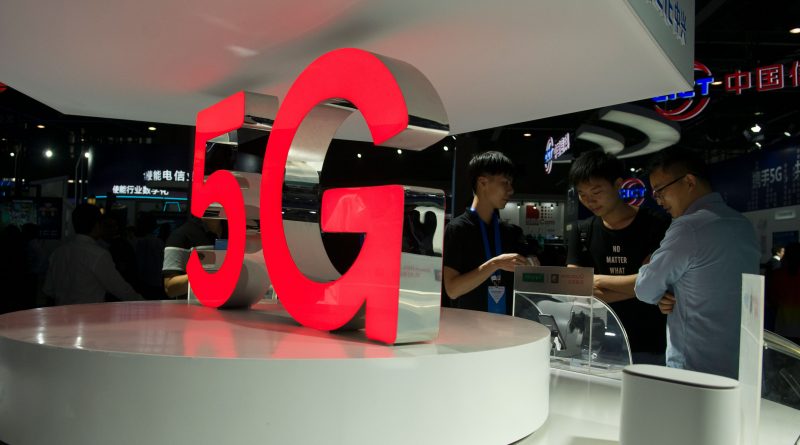 This was a bad year for the smartphone. For the first time, its seemingly unstoppable growth began to slow.

Things started off on a bad note in February, when Gartner recorded its first year-over-year decline since it began tracking the category. Not even the mighty Apple was immune from the trend. Last week, stocks took a hit as influential analyst Ming-Chi Kuo downgraded sales expectations for 2019.

People simply aren’t upgrading as fast as they used to. This is due in part to the fact that flagship phones are pretty good across the board. Manufacturers have painted themselves into a corner as they’ve battled it out over specs. There just aren’t as many compelling reasons to continually upgrade.

Of course, that’s not going to stop them from trying. Along with the standard upgrades to things like cameras, you can expect some radical rethinks of smartphone form factors, along with the first few pushes into 5G in the next calendar year.

If we’re lucky, there will be a few surprises along the way as well, but the following trends all look like no-brainers for 2019.

Let’s get this one out of the way, shall we? It’s a bit tricky — after all, plenty of publications are going to claim 2019 as “The Year of 5G,” but they’re all jumping the gun. It’s true that we’re going to see the first wave of 5G handsets appearing next year.

OnePlus and LG have committed to a handset and Samsung, being Samsung, has since committed to two. We’ve also seen promises of a Verizon 5G MiFi and whatever the hell this thing is from HTC and Sprint.

Others, most notably Apple, are absent from the list. The company is not expected to release a 5G handset until 2020. While that’s going to put it behind the curve, the truth of the matter is that 5G will arrive into this world as a marketing gimmick. When it does fully roll out, 5G has the potential to be a great, gaming-changing technology for smartphones and beyond. And while carriers have promised to begin rolling out the technology in the States early next year (AT&T even got a jump start), the fact of the matter is that your handset will likely spend a lot more time using 4G.

That is to say, until 5G becomes more ubiquitous, you’re going to be paying a hefty premium for a feature you barely use. Of course, that’s not going to stop hardware makers, component manufacturers and their carrier partners from rushing these devices to market as quickly as possible. Just be aware of your chosen carrier’s coverage map before shelling out that extra cash. 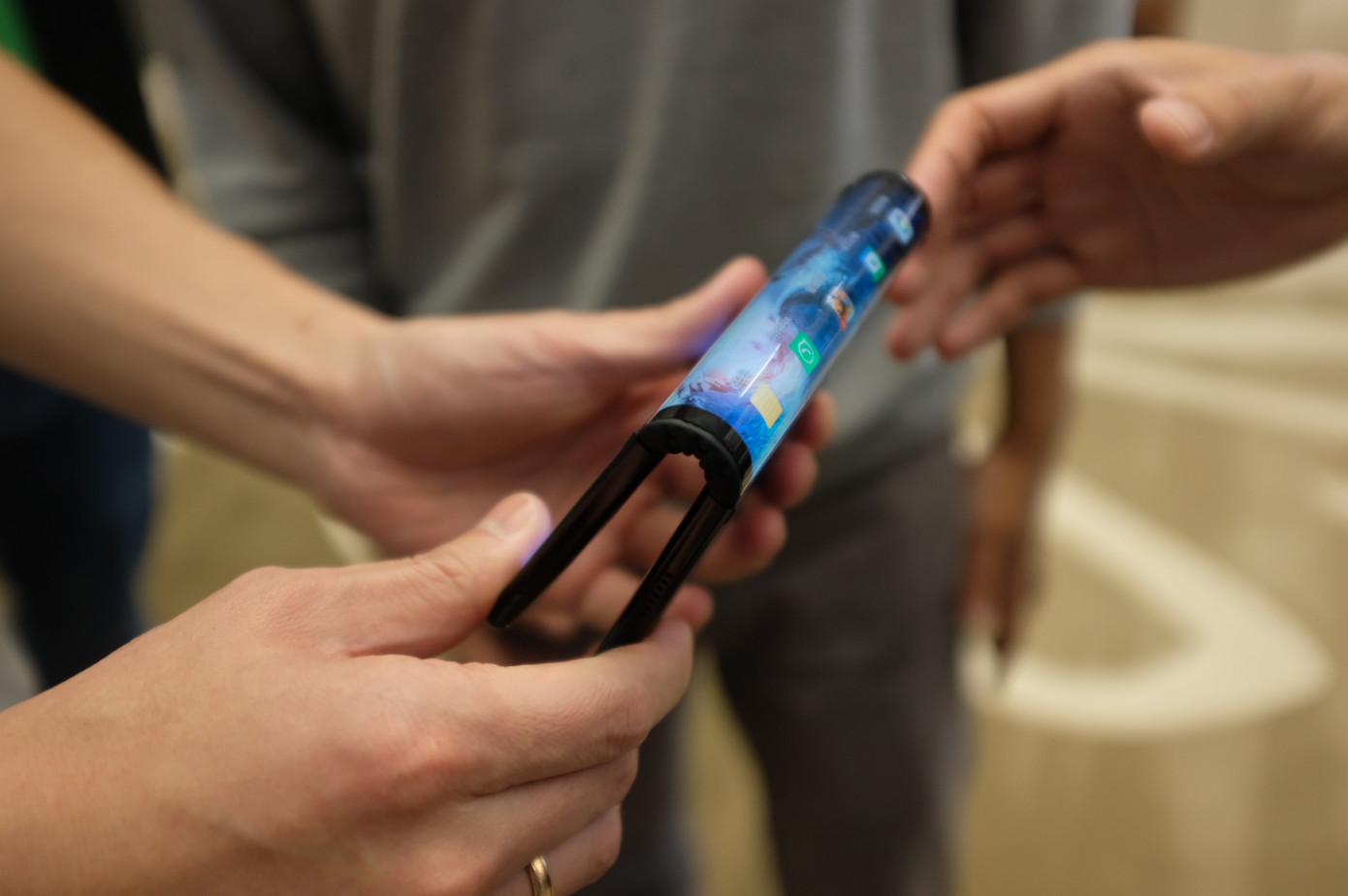 We’ve already seen two — well, one-and-a-half, really. And you can be sure we’ll see even more as smartphone manufacturers scramble to figure out the next big thing. After years of waiting, we’ve been pretty unimpressed with the foldable smartphone we’ve seen so far.

The Royole is fascinating, but its execution leaves something to be desired. Samsung’s prototype, meanwhile, is just that. The company made it the centerpiece of its recent developer conference, but didn’t really step out of the shadows with the product — almost certainly because they’re not ready to show off the full product.

Now that the long-promised technology is ready in consumer form, it’s a safe bet we’ll be seeing a number of companies exploring the form factor. That will no doubt be helped along by the fact that Google partnered with Samsung to create a version of Android tailored to the form factor — similar to its embrace of the top notch with Android Pie.

Of course, like 5G, these designs are going to come at a major premium. Once the initial novelty has worn off, the hardest task of all will be convincing consumers they need one in their life. 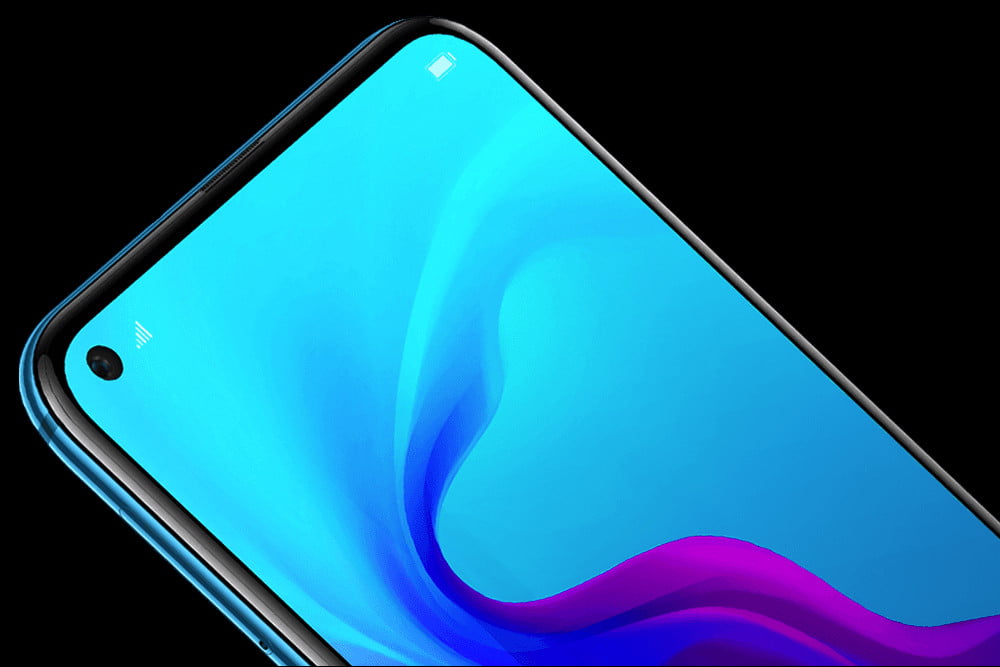 Bezels be damned. For better or worse, the notch has been a mainstay of flagship smartphones. Practically everyone (save for Samsung) has embraced the cutout in an attempt to go edge to edge. Even Google made it a part of Android (while giving the world a notch you can see from space with the Pixel 3 XL).

We’ve already seen (and will continue to see) a number of clever workarounds like Oppo’s pop-up. The pin hole/hole punch design found on the Huawei Nova 4 seems like a more reasonable route for a majority of camera manufacturers. 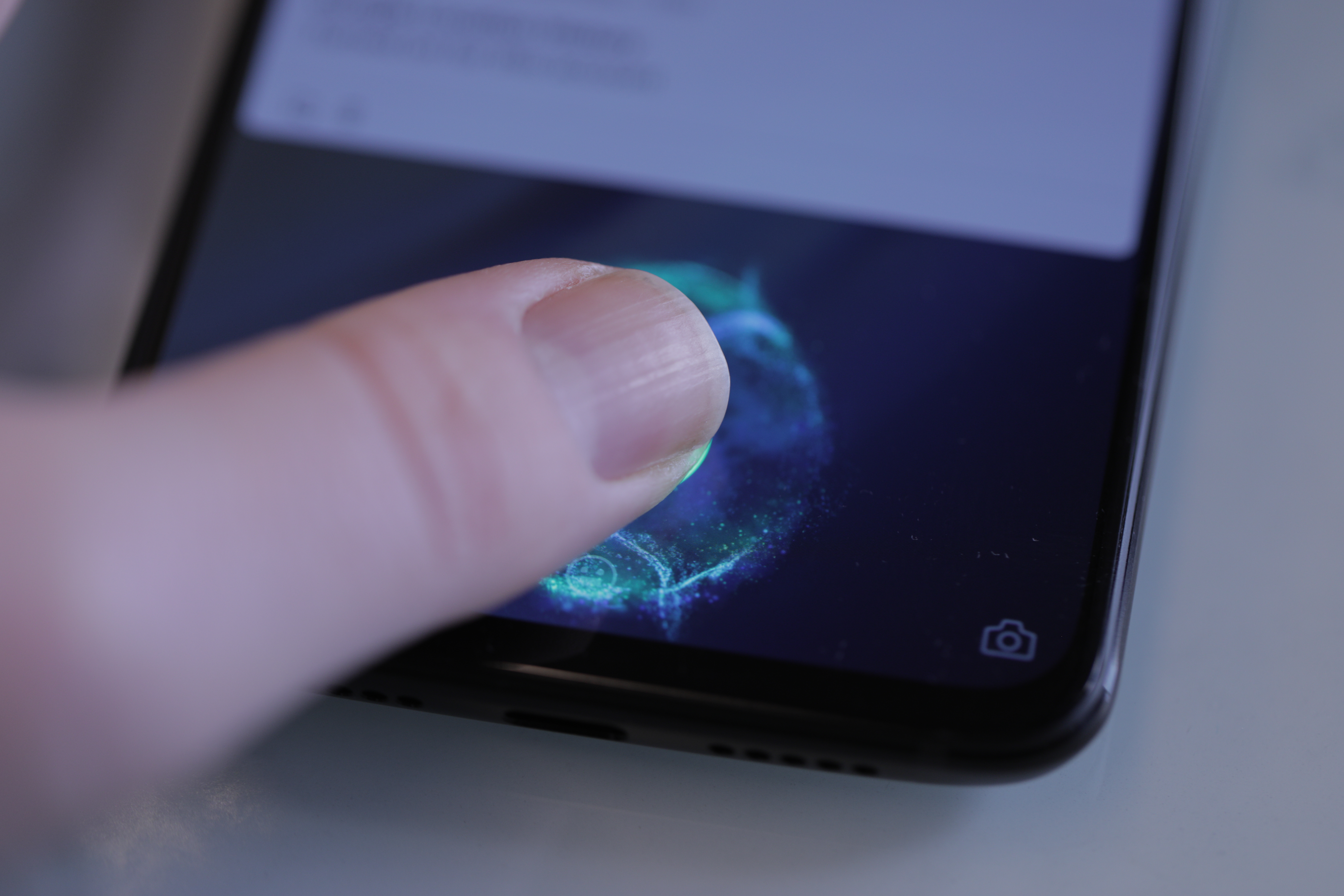 The flip side of the race to infinite displays is what to do with the fingerprint reader. Some moved it to the rear, while others, like Apple, did away with it in favor of face scanning. Of course, for those unable to register a full 3D face scan, that tech is pretty easy to spoof. For that reason, fingerprint scanners aren’t going away any time soon.

OnePlus’ 6T was among the first to bring the in-display fingerprint scanner to market, and it works like a charm. Here’s how the tech works (quoting from my own writeup from a few months ago):

When the screen is locked, a fingerprint icon pops up, showing you where to press. When the finger is in the right spot, the AMOLED display flashes a bright light to capture a scan of the surface from the reflected light. The company says it takes around a third of a second, though in my own testing, that number was closer to one second or sometimes longer as I negotiated my thumb into the right spot.

Samsung’s S10 is expected to bring that technology when it arrives around the February time frame, and I wouldn’t be surprised to see a lot of other manufacturers follow suit. 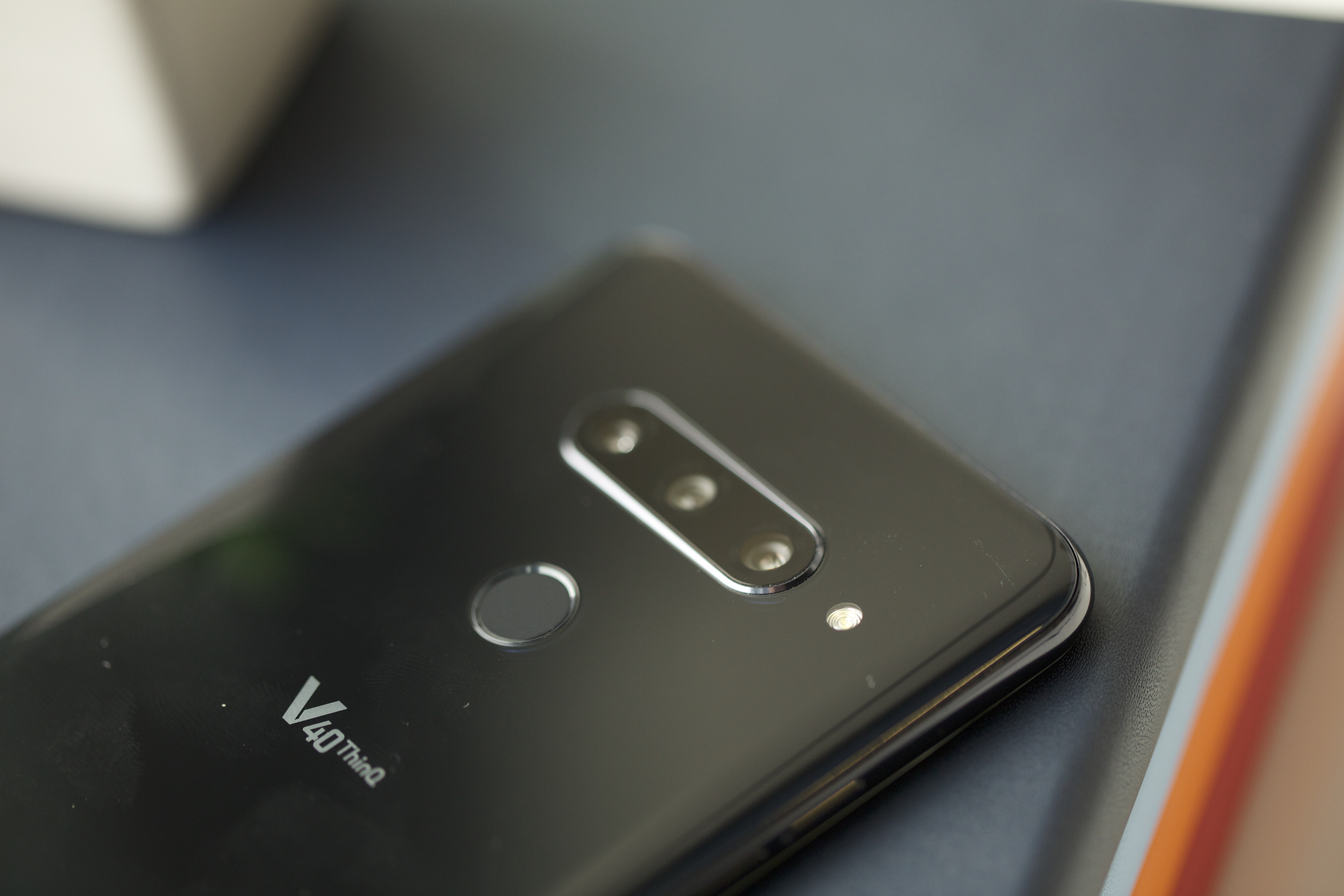 What’s the reasonable limit for rear-facing cameras? Two? Three? What about the five cameras on that leaked Nokia from a few months back? When does it stop being a phone back and start being a camera front? These are the sorts of existential crises we’ll have to grapple with as manufacturers continue to attempt differentiation through imagining.

Smartphone cameras are pretty good across the board these days, so one of the simple solutions has been simply adding more to the equation. LG’s latest offers a pretty reasonable example of how this will play out for many. The V40 ThinQ has two front and three rear-facing cameras. The three on the back are standard, super wide-angle and 2x optical zoom, offering a way to capture different types of images when a smartphone camera isn’t really capable of that kind of optical zoom in a thin form factor.

On the flip side, companies will also be investing a fair deal in software to help bring better shots to existing components. Apple and Google both demonstrated how a little AI and ML can go a long way toward improving image capture on their last handsets. Expect much of that to be focused on ultra-low light and zoom. 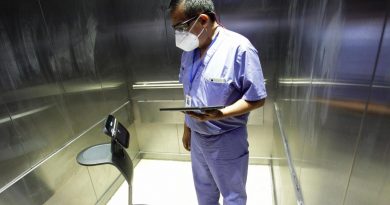 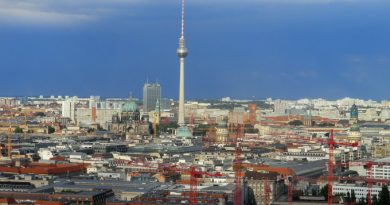