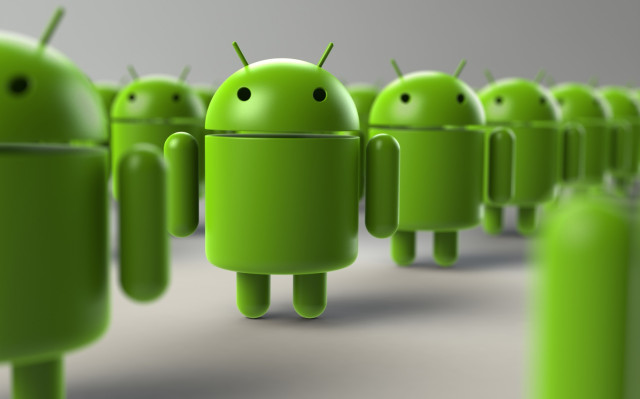 Mobile licensing changes made by Google this fall, when it tweaked terms for OEMs wanting to license its Android smartphone platform on devices destined for the European market, don’t appear to be offering succour to search rivals — despite being triggered by an antitrust ruling intended to reset the competitive playing field.

The European Commission found the search giant guilty of anti-competitive practices related to its Android platform this summer, slapping the company with a $5BN fine.

The decision required Google cease practices judged to be illegally skewing the market and do so within 90 days.

It was the second such major EC antitrust finding against Google, after last year’s Google Shopping ruling, when the company was warned that having been found dominant in search it had a “special responsibility” to avoid breaching antitrust rules in any market it plays in.

Google disputes the Commission’s findings of competitive abuse in both cases, and has lodged legal appeals.

But the nature of competition law demands action in the meanwhile, given the threat of punitive penalties for any continued breach. So in October Google responded to the Commission’s Android ruling by updating its regional compatibility agreement to provide a route for OEMs to unbundle key services from the Android OS — rather than requiring its suite of Google apps be pre-loaded for devices to get the Play Store.

However it also incorporated licensing fees for some unbundled configurations (e.g. Android + Play Store). At the same time it said it would not charge any fee to include search or Chrome. And it said it was offering incentives for OEMs to place its eponymous, market dominating search engine (and/or browser) prominently on their devices — despite one of the behaviors the Commission judged illegal being payments Google had made to certain large manufacturers and mobile carriers to exclusively pre-install Google Search.

The Commission did not prescribe specific remedies for the anticompetitive behaviours it pegged to Android — saying it’s “Google’s sole responsibility to make sure that it changes its conduct in a way that brings the infringements to an effective end”.

Though it warned it would closely monitor the company’s conduct, noting that any finding of continued non-compliance would risk fresh fines — of up to 5% of the average daily turnover of Alphabet for each day of non-compliance.

The key word there is “effective” — in terms of what the Commission is watching for.

Meanwhile Google’s dominant position in search naturally makes it the smartphone consumer’s go-to choice — which in turn means there’s a natural incentive for device makers not to ditch Google as the search default. At least for mainstream devices.

But Google’s new European licensing terms for Android appear to be piling additional pressure on OEMs not to switch even for more experimental and/or regional device launches, according to privacy-focused search engine Qwant.

Its experience suggests Google’s initial ‘remedy’ — far from delivering an “effective end” to the competitive infringements the Commission found — is actively steering OEMs away from search alternatives and rival companies.

Qwant, a French startup, launched its non-tracking search offering back in 2013, and has been on a growth tear on its home turf in recent months — winning over high profile users in the public sector as concern has risen about Silicon Valley’s intrusive grip on user data.

The French National Assembly and the French Ministry of the Armed Forces Minister announced this fall they’d switch to Qwant instead of Google as their default.

Of course the startup is still a minnow compared to Google. But it’s growing: Qwant tracks queries rather than users (given it doesn’t track people), and it says it generated 2.6BN queries in 2016; which grew to 9BN last year; and is now on track to end this year with around 18BN queries.

“So if we think about it that means that last year we were three days of Google; this year six days of Google — not so bad!” says co-founder Eric Leandri.

“In France we have now more than 6% of the market,” he continues. “In Germany something like 2%. And we are still growing. We do growth of 20% by month for the last four months. The growth in our revenue is two digit too, by month.”

Earlier this year it had been hoping to make additional regional marketshare gains by securing a deal to be pre-loaded on Android smartphones destined for European markets. A spokesman tells us it has a framework agreement with Huawei. (The Chinese Android OEM is second only to Samsung in global marketshare terms, according to analysts.)

The Commission’s antitrust ruling opened the door to this possibility, given it banned Google from prohibiting OEMs from launching non-Google approved Android forks. So after the ruling things were looking good for Qwant, with the startup on the cusp of securing a device deal for a few European countries, as Leandri tells it.

He blames Google’s licensing changes for putting the kibosh on a launch they’d been expecting to be able to announce in November. Early that month the startup pinged us to trail forthcoming news — of “a major partnership that will allow us to accelerate in the smartphone market” — only to go silent.

A few weeks later it got in touch again to say it had had to postpone the announcement.

“We are very near to one or two deals to be by default or in the list of search engines in some Android cell phone made by a very large Asian manufacturer… Just for Europe, and just for some countries in Europe but we are talking about 10 million or 20 million of cell phones,” says Leandri now.

“Before it was impossible to bid against Google because Google was blocking everything. Now you can — but now the solution of Google is you have to pay $40 if you don’t install Google by default with Chrome just on the bar. You know the bar that is fixed on Android. And this is again an abuse of their dominant position,” he adds.

Google’s rebuttal of the Commission’s antitrust finding for Android has focused on claims that its approach of free licensing combined with a bundle of Google services has generally enabled competition to thrive in the mobile app ecosystem, as well as claiming lower prices are a “classic hallmark… of robust competition”.

Yet Qwant’s experience offers a clear counterpoint, underlining how challenging it remains to try to compete with Google’s core search business when the same company also dominates the smartphone market and can just throw the levers of Android’s licensing terms to configure how much ‘appetite’ OEMs have for investing in alternative search defaults (given tiny hardware profit margins in the Android space).

After Qwant won over Huawei to building a device with its search engine in prime position, Leandri says it was Google’s changes to the licensing terms for Android that threw a spanner in the works.

“After that pressure then the manufacturer doesn’t know how to react now,” he says, confirming he believes there’s currently no chance for the device to be launched. Not without further changes to how Android operates in the market — i.e. further regulatory intervention.

“So we will work a lot with the European Commission to stop that,” he adds. “But again, again my question is why Google goes that way?”

We reached out to Google to ask about the fees it would charge an OEM wanting to launch an Android device with Google Play but without Google search as the default in Europe.

We also asked how charging a fee for Android if OEMs don’t also bundle Google services can help increase competition, per the Commission’s intention.

At the time of writing Google had not responded to our questions.

We also reached out to Huawei for comment and will update this story with any response.

Even if Qwant and Huawei get their way, and European buyers in a handful of countries are able to choose to buy an Android device with a little search localization as its differentiating out-of-the-box twist, Leandri isn’t under any illusions that a majority of consumers will still switch back to Google of their own accord — given its dominance of search.

He reckons those who’d stick with a non-Google search choice might be as low as a third or 40%.

But his point is that, as it stands, Qwant doesn’t even have the chance to try competing against the Google Goliath on its own terms. And he argues that’s simply not fair.

“Google has billions to make advertisement to ask people to switch, right. And they can even do advertisement on the Play Store for zero because they control the Play Store. Why they don’t come back to a normal market where we are all on the same line and they just compete with advertisement, with pushing their products, with a better proposition of value. It’s crazy, it’s crazy!” he says.

“I don’t want to dismantle Google. I don’t want Google to be fined 10BN. I don’t care. The only thing I want is to have the right to have a fair competition,” he adds.

We asked the European Commission to respond to Qwant’s experience, and for an update on its monitoring of Google’s compliance with the Android antitrust ruling.

A spokeswoman declined to comment on an individual case but we understand the Commission has been sending questionnaires to market players as part of its compliance monitoring.

It’s clear the regulator’s intention with the Android decision was to expand consumer choice by creating opportunities for competition that didn’t exist before — including for rival search and browser providers to be able to compete on the merits with Google when it comes to pre-loading their products on Android devices.

So if the Commission’s monitoring efforts confirm instances where competition is being blocked, as appears the case here with Qwant, further interventions will surely follow.

Leandri also points out that Google made much the same arguments vis-a-vis ‘fair competition’ more than a decade ago — when it called for the then computing incumbent, Microsoft, not to stand in the way of Internet upstarts by bundling MSN search into its Internet Explorer web browser.

“The market favors open choice for search, and companies should compete for users based on the quality of their search services,” said Marissa Mayer in 2006, then Google’s vice president for search products. “We don’t think it’s right for Microsoft to just set the default to MSN. We believe users should choose.”

“I totally agree with what they say in 2006! Just exchange Microsoft for Google and that’s it!” he says now, adding: “We have to fight because there is not a lot of other way. But I stop fighting tomorrow as soon as I have a fair competition.

“I’m not waiting for the Commission to make the competition. Right now the percentage of growth that I have in France it’s not based on the Commission who has won or not. It’s based on our value proposition.”

Leandri is also president of the Open Internet Project, a European organization whose members lobby for regulatory action to rein in what they view as Google’s abusive dominance of digital markets, and which was also involved in the Google Shopping complaints — though he points out that in the Android case three of the five complainants are American.

“We are the only European. So the problem is not only for a small startup in Europe. Who, y’know, complained because ‘Google is so cool’. And we are so dumb. And so ridiculous. But the problem is for Oracle, it’s for the Fair Search. It’s not for kids.” 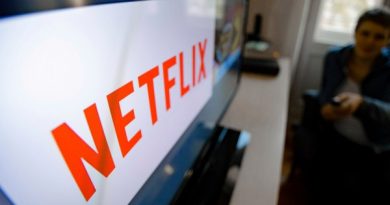 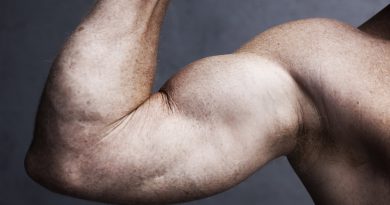 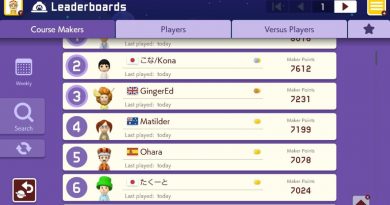