iCBT enables people with depression to manage their symptoms using a cell phone or tablet.

The technique can successfully treat depression, anxiety and panic disorder, bipolar, substance use disorders, and many other mental health conditions.

In recent decades, more and more studies have been pointing to the benefits of Internet-based CBT (iCBT) for depression.

iCBT can help overcome many obstacles that are often in the way of treating mental health conditions.

Such treatment barriers include geographical distance, the social stigma surrounding mental health problems, the often prohibitive cost of treatment, and the insufficient numbers of mental healthcare providers that are available.

Until now, however, it was unclear whether the studies hailing the benefits of iCBT for depression also included people living with severe depression or those living with anxiety or alcohol use disorder in addition to depression.

The concern that such biases were artificially inflating the benefits of iCBT drove researchers to examine the effects of iCBT in more depth.

Lorenzo Lorenzo-Luaces, who is a clinical professor in the Department of Psychological and Brain Sciences at Indiana University in Bloomington, led the new study, which was just published in the Journal of Medical Internet Research.

Prof. Lorenzo-Luaces explains the need for iCBT in treating mental health issues. “Close to 1 in 4 people meet the criteria for major depressive disorder,” he says.

“If you include people with minor depression or who have been depressed for a week or a month with a few symptoms, the number grows, exceeding the number of psychologists who can serve them.”

People with depression also tend to “visit primary care physicians more often than others,” explains Prof. Lorenzo-Luaces. “They have more medical problems, and their depression sometimes gets in the way of their taking their medication for other medical problems.”

So, for the new review, the team examined 21 existing studies using meta-regression analysis. The analysis concluded that CBT apps were effective for treating mild, moderate, and severe depression.

Some of the trials included in the review compared a CBT app with a sham app. In these studies, the real apps were also significantly more effective at treating depression.

Prof. Lorenzo-Luaces comments on the findings, saying, “Before this study, I thought past studies were probably focused on people with very mild depression, those who did not have other mental health problems and were at low risk for suicide.”

“To my surprise, that was not the case,” he goes on to say. “The science suggests that these apps and platforms can help a large number of people.”

However, he cautions, “This is not to say that you should stop taking your medication and go to the nearest app store.”

“People tend to do better when they have a little bit of guidance,” admits Prof. Lorenzo-Luaces, but he adds that 10–15-minute face-to-face check-ins may be enough for most people.

In their paper, Prof. Lorenzo-Luaces and colleagues conclude:

“A conservative interpretation of our findings is that the patient population sampled in the literature on self-guided iCBT is relatively comparable with that of studies of antidepressants or face-to-face psychotherapy.” 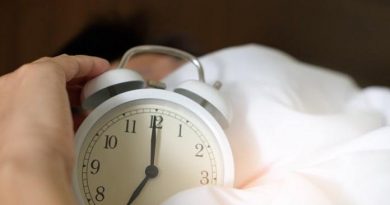 Sleeping too much may increase cardiovascular health risks