The main symptoms of food protein-induced enterocolitis syndrome, or FPIES, are recurring, severe diarrhea and vomiting. An infant may experience these symptoms from time to time, or they may be continuous and chronic. There are a few common trigger foods, but any food may be responsible.

Doctors sometimes find it challenging to diagnose FPIES because the symptoms do not show up immediately. The disorder may present differently in every child, and treatment usually involves eliminating food triggers from their diet.

FPIES can be difficult to diagnose, as symptoms can vary.

Severe diarrhea and vomiting are the most common symptoms of FPIES. Vomiting typically occurs about 2 to 3 hours after eating a trigger food and is then followed by diarrhea. Other symptoms may include:

A doctor may not diagnose FPIES immediately because the condition is uncommon and shares symptoms with other illnesses.

Infants who have FPIES may also show signs of failure to thrive, or FTT, which may result in delayed growth in many areas.

An infant may struggle to gain weight or even stay the same weight. They may also reach other growth milestones at a later age, and their physical, social, and mental skills may develop more slowly than other infants.

Cow’s milk is a common trigger of FPIES.

Technically, any food proteins might trigger FPIES symptoms. However, some triggers are more common than others.

According to the FPIES Foundation, cow’s milk and soy proteins found in infant formula are the biggest culprits in the first few months of an infant’s life. The proteins in breast milk may also cause a reaction, though this is rare.

Once infants begin to eat solid foods, then oats and rice are the most likely triggers, though some other foods that may trigger a reaction include:

Most infants only react to one or two food proteins, but others respond to the proteins in a variety of foods. Also, a child who reacts to one particular grain may also develop an allergy to a different grain.

It is vital for all those caring for infants to remember that any food protein may be a potential trigger for FPIES.

Any child can develop FPIES, but some infants are at higher risk of developing FPIES than others.

When to see a doctor and diagnosis

The symptoms of FPIES are similar to many other illnesses, and doctors sometimes misdiagnose the condition as stomach flu or treat the child for an infection. However, FPIES is not like other food allergies and does not show up on a typical food allergy test.

Before diagnosing FPIES, doctors need to eliminate the other possible causes. They may work with other specialists to test the child for other disorders.

Once the doctor has eliminated all other causes, they might diagnose FPIES. If it is unclear what foods trigger a reaction, the doctor might suggest a supervised oral food challenge, or OFC.

During an OFC, doctors will feed the infant a trigger food and then monitor them in a safe, clinical environment. If symptoms appear, it is likely that the food the child ate was the trigger.

If eliminating the trigger food does not stop the symptoms, doctors may give the child other foods. They may also ask the parents or other carers to keep a food journal to help identify and eliminate potential triggers until the symptoms no longer occur.

Treatment and coping with FPIES

After identifying a trigger food, eliminate it from the child’s diet.

Treatment usually involves eliminating all trigger foods from the diet. If treatment has successfully identified all trigger foods, then ensuring that a child never eats them may be all that is necessary.

Parents can give formula-fed babies with FPIES a hypoallergenic formula that is free from soy, dairy, grains, or other potential allergens.

In the rare case that a breastfed baby reacts to breast milk, it may mean that the trigger food is in the woman’s diet. There have also been rare reports of exclusively breastfed infants having symptoms of FPIES.

Switching to a formula temporarily while identifying which foods trigger the reaction, and eliminating these from the diet may be necessary. Or a person may need to eliminate breast milk from the baby’s diet permanently.

It may also help to carry a letter that includes information about the child, their condition, and any foods that trigger a reaction. This is particularly helpful for trips to the emergency room in severe cases when the child has signs of shock or dehydration.

People must seek treatment immediately if a child with FPIES experiences chronic and severe symptoms. If the symptoms persist, they should take the infant directly to the emergency room.

At the hospital, doctors may administer a drip to keep a child hydrated and avoid potentially serious complications.

In some cases, doctors will give medications to stop the immune system reaction or to stabilize the child’s blood pressure. Treatment then involves strictly monitoring the child’s food intake and avoiding all trigger foods.

As FPIES is not a typical allergic reaction, it usually does not require the use of epinephrine or an Epi-pen.

If someone suspects their child has FPIES, they should talk to their doctor immediately. FPIES can be severe and cause permanent issues, so identifying and eliminating all triggers is essential. It may take some time to identify them all.

Most children grow out of FPIES by the time they are 3 to 5 years old, and working alongside a medical team to eliminate all trigger foods usually brings relief from FPIES symptoms.

It is possible for a child to have FPIES beyond 5 years of age, and some children may still have FPIES as they reach puberty. However, controlling diet and eliminating triggers can help an infant lead a healthy life. 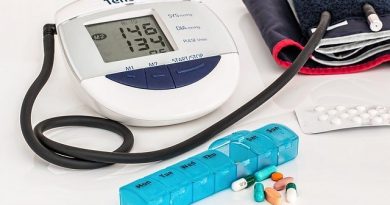 Can we predict cardiovascular disease risk in obese youth?