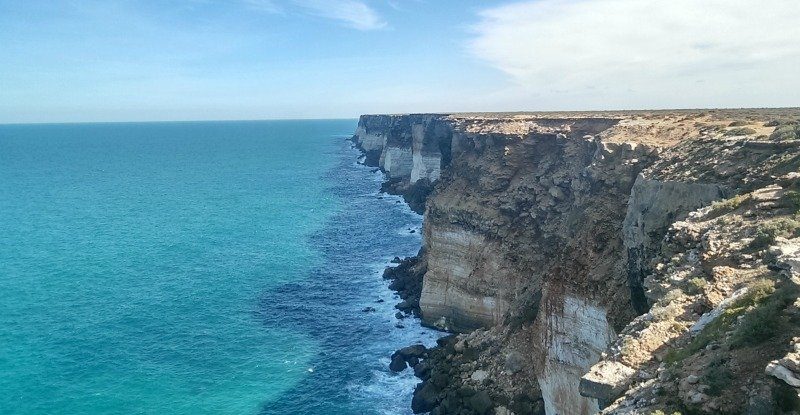 The unseen depths of the Great Australian Bight are absolutely teeming with life, a new study study has revealed. But soon enough, even these deep-sea creatures could be subject to the probing fingers of the oil industry.

The Great Australian Bight is a 1,160-kilometre (720 mile) open bay that takes a sizeable chunk out of the southern coastline of the continent. The region is home to a diverse array of marine species, many of which could be put at risk by oil exploration.

Yet even though the Australian government has handed out nearly a dozen permits for oil exploration in the region since 2011, the environmental impact of offshore drilling has gone largely unstudied.

Even today, scientists know remarkably little about these pristine waters, or the creatures that call them home. And to date, the deep water fauna in this region have remained almost unknown.

“Decisions like [oil exploration] can’t be made when you don’t have any information about the local environment, and it was identified that we knew nothing about the Great Australian Bight,” lead author Hugh Macintosh told the Australian Broadcasting Corporation (ABC).

With oil exploration on the horizon, it’s about time that we update our ignorance and fill in our blind spots. Without a baseline knowledge of diversity in the region, we will have no idea how the bight will be impacted by oil expansion.

The recent research is the product of a joint effort between BP, The South Australian Research and Development Institute (SARDI), the CSIRO, the University of Adelaide, and Flinders University, and it is the very first of its kind to explore the deepest darkest depths of the Great Australian Bight.

Although it was partially funded by BP, an oil company, Macintosh says the new study was independently designed, surveyed and reported, with zero pressure from any stakeholders.

The research focused on fauna that lives between 200 metres and 5 kilometres deep (that’s between 656 feet and 3 miles). Between 2011 and 2017, the team of researchers conducted six large-scale surveys, trawling the ocean floor to scoop up untold mysteries from the depths.

In just six years, the researchers collected 1,267 species, and 32 percent of these species were completely new to science. In fact, in this time, the team managed to uncover 400 new species of invertebrates alone.

The invertebrates that live here are collectively called the benthos, and they include clams, sea cucumbers, snails, worms, and even giant sea spiders.

These deep-sea fauna are an important part of the bight’s ecosystem, which, in turn, offers nursery grounds for sharks and whales, and massive fisheries for tuna and sardines.

But oil exploration could place these precious communities at risk, as they have done in countless other ecosystems around the world.

After receiving permits from the Australian government, BP and Chevron have both rejected their initial plans for the region, although not for environmental reasons. The companies said they just couldn’t justify it financially given the low cost of oil and the high cost of oil exploration.

Norway’s Equinor, however, is still pushing forward. It is now the only oil company that plans on actually drilling in 2019. But, then again, it only takes one company and one mistake.

A recent draft plan leaked by Greenpeace found that if there is a major oil spill in the bight, it could be twice the scale of BP’s Deepwater Horizon spill, damaging coastal communities and devastating marine life from Sydney in the East to Albany in the West.

Earlier this year, however, BP tried to brush this criticism aside, writing in an environmental plan that an oil spill in the pristine region would be a ‘welcomed boost’ to local communities. The news was met with outrage from those very local communities.

“We are very concerned because even though BP has pulled out … we can see how negligent they were in their commitment to protecting the Great Australian Bight,” South Australian Greens senator Sarah Hanson-Young told ABC at the time.

“They have pulled out but their leases have gone to [Equinor], so the risk of this oil slick, of an accident like this happening, of the devastation to Kangaroo Island and our coastline still remains very real.”

We are only just starting to realise how much life the Great Australian Bight holds. Now, it’s important that we protect what we’ve got.

The research has been published in Marine Biodiversity Records. 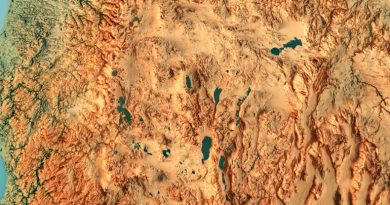 A tectonic plate under Oregon is being slowly ripped apart 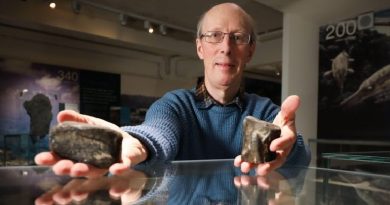