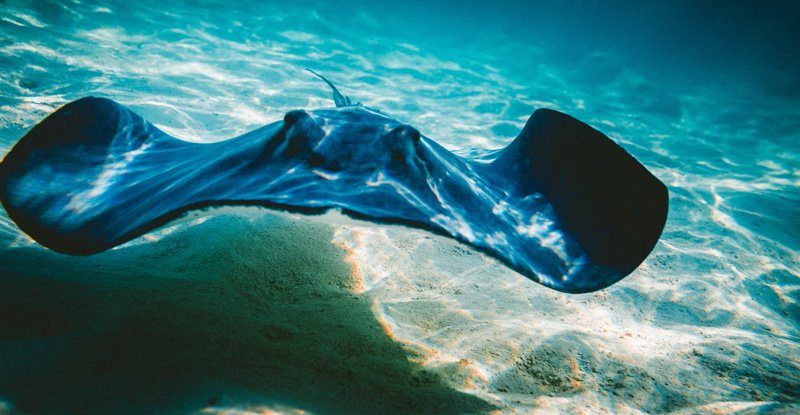 The oceans are the world’s thankless, built-in air purifiers.

Over the past couple hundred years, as humans have burned coal, cleared forests, put gas-powered cars and trucks on the road, and run air conditioners and refrigerators, the oceans have been quietly gathering up most of the carbon emissions those activities spew into the air.

They have also absorbed most of the excess heat that those gases have trapped on the planet.

Previous estimates suggested that the world’s oceans have collectively taken in more than 90 percent of the excess heat energy that our carbon emissions have kept on Earth.

But a new report published in the journal Nature on Wednesday suggests it’s worse than that. The research shows that scientists have been measuring the amount of heat in the oceans incorrectly, so the waters have actually absorbed far more heat than previously thought.

Scientists have long warned that we have to curb our reliance on fossil fuels to avoid a future of regular, catastrophic climate disasters.

But Resplandy said the new findings in her report show that avoiding a future “Hothouse Earth” scenario will be even harder than anticipated.

Specifically, that means it will be more challenging to avoid flooding from sea level rise in coastal cities, violent hurricanes, and the death of nearly all of Earth’s coral reefs.

This new reality also suggests it’s even more unlikely that Earth’s warming will stay below the 2-degree Celsius maximum set in the Paris agreement.

“This actually makes it harder to reach that target,” Resplandy said.

Scientists like Resplandy are always looking for better data and more precise measurements. The authors of the new study weren’t satisfied with the ocean temperature and salinity information that people have always used, which is gathered from a system of nearly 4,000 ocean buoys in waters around the world, called Argo.

“These estimates all use the same imperfect ocean dataset,” they wrote. What’s more, the Argo floats don’t track much of what happened before 2007.

So the scientists behind the new report measured how warm the oceans have gotten by looking at how much oxygen they’re putting into the air at the surface.

“When the ocean warms, it loses gases, and oxygen is one of them,” Resplandy said.

They analysed ocean oxygen and carbon dioxide (CO2) levels in three places at the bottom, middle, and top of the Earth: the tip of Tasmania at Cape Grim, La Jolla, California, and Alert, Canada, just 500 miles (800 kilometres) from the North Pole. They traced 25 years of data, from 2016 back to 1991.

They found evidence of warmer, less oxygenated ocean water than what was previously reported – 60 percent higher than the estimates used in the recent Intergovernmental Panel on Climate Change (IPCC) report.

The reason the seas have absorbed so much heat energy is simple: water can take in more heat than air. (That’s why a swim in the sea feels so much cooler than being out in the air – water sucks the warmth out of our body faster than the air does.)

Warmer oceans pose an existential threat to most sea life, since lower oxygen levels makes it harder for animals to see and drives fish and other creatures away.

The Sea of Japan, for example, has warmed around 3 degrees Fahrenheit (1.7 degrees Celsius) in the past 100 years, as Reuters recently reported.

So some climate “refugee” squid populations there are already swimming north in search of colder water with more oxygen. In North Carolina, many summer flounder have moved 25 miles (40 kilometres) up the coast, while lobster populations in the Atlantic are increasingly going up toward Maine.

Resplandy said that given those kinds of observations, she wasn’t surprised by her results.

If anything, the findings help explain why we’re already seeing so much sea-level rise and why many of the ocean’s creatures are seeking refuge in new locations.

But she said it’s not a reason to lose hope – instead, the findings should serve as a reason to double down on efforts to save the planet. The findings suggests we’ll need to reduce our emissions an additional 25 percent from previous estimates in order to meet the 2-degree Paris goal.

“Our results suggest that it’s going to be harder than we thought, because the ocean is actually taking more heat than we thought,” she said. “Then the question is, are we willing to make that effort?” 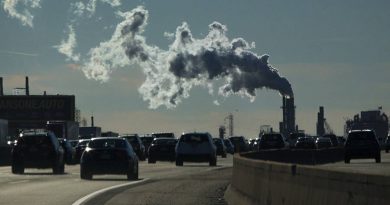 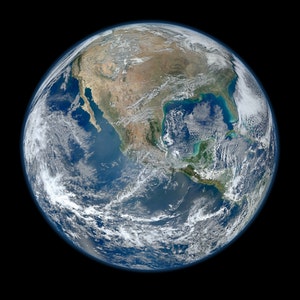 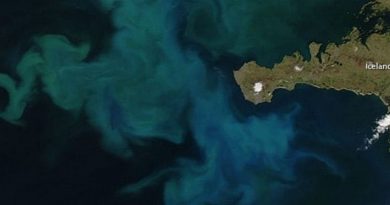 Climate change will soon change the colour of our oceans. Here’s how