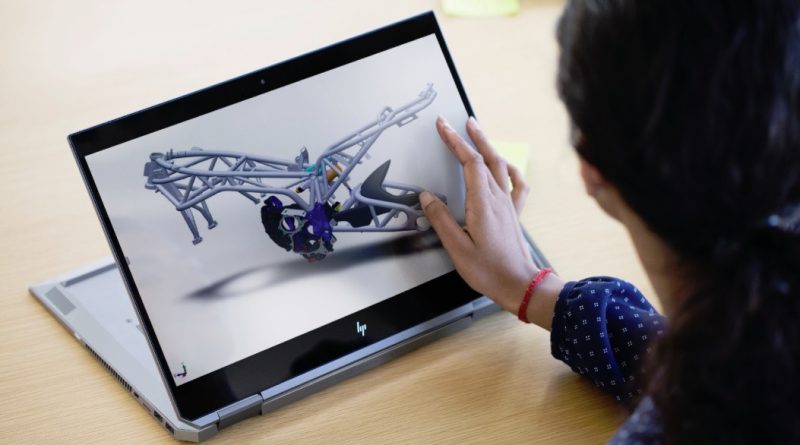 The idea is to let creative professionals tackle heavier workloads, such as video editing and 3D rendering, from any location. As such, the new products and services represent HP’s attempt to steal customers away from Apple’s domain. Rather than pitch tech specs at these artists, HP is creating  a brand in Z by HP to emphasize creative productivity and performance.

“We are talking about creative workflows,” she said. “They are creative. They are demanding. They are graphics rich. It’s a very different focus from some of the customers we have talked about in the past.”

She noted that HP ships 1.7 PCs every second. The HP ZBook Studio, HP ZBook Studio x360, HP ZBook 15, and HP ZBook 17 models all use Intel’s six-core Intel Core i9 processors. The devices have 32 gigabytes of main memory, expandable to 128GB. And the systems feature RAID 1 security and backup on SSD devices.

The HP ZBook Studio and HP ZBook Studio x360 are existing computer models, but they gain a boost in graphics performance with the Nvidia Quadro P2000 graphics card and the new Intel processors. 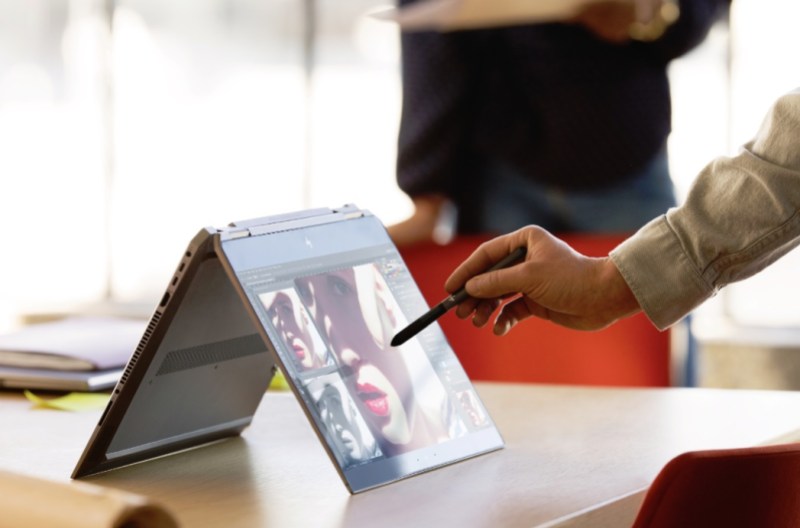 Above: Z by HP

With the HP ZBook Studio x360 is a convertible PC that functions as a laptop or tablet. It features a new optional anti-glare touchscreen, allowing users to work outdoors or in bright lighting situations, as well as enhanced durability with the latest generation Corning Gorilla Glass.

HP also announced Z Club, a program for elite creators to upgrade their studios. A group of 100 creative professionals will be selected as initial members and will be outfitted with custom-made photographer,video editor, graphic designer, or artist bundles.

The company promises to take the guesswork out of finding the right tools by providing a tailored hardware and services solution to meet the needs of each creator’s specific workflow. It will provide this bundle for free for three months and will also offer a subscription-based hardware and services bundle for these creative customers. For a monthly fee, the Z Club will provide computers bundled with pro-grade displays, printers and accessories.

Additionally, HP experts will be available to help members. A growing number of creators are turning to the power of Z by HP, including art college Ringling College of Art and Design.

HP is also announcing global availability for HP SmartStream Designer for Designers (D4D),a new plug-in for Adobe Illustrator CC. HP SmartStream D4D is a suite of “light” design solutions to empower designers to customize and personalize any design through the use of variable text, color, and images, enabling them to take more creative control of the process.

“Artists need their computers to keep up with the flow of their activities,” Hess said. “They also might be moving from an office or a client site, and so we have to make sure they have the tools they need from a mobile perspective.”

In addition, the HP SmartStream Mosaic feature within the D4D software allows designers to create seed files that can be infinitely manipulated through the use of algorithms to create endlessly unique outcomes in real time.

HP SmartStream D4D is now available as a free download plug-in app, for both Mac and PC platforms, on Adobe Exchange. 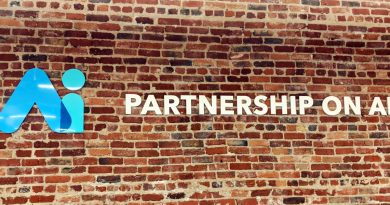 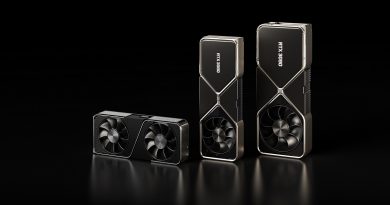 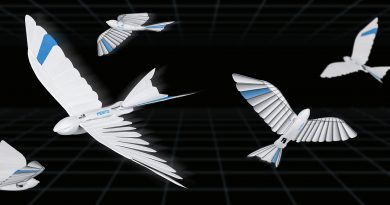